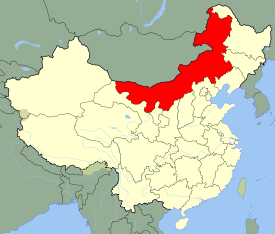 At least 10 people have been killed in a fire at a dormitory for railway workers in China’s Inner Mongolia region, Xinhua news agency reported Tuesday, citing local firefighters.

Fourteen people were injured and taken to hospital in the fire, which broke out in the regional capital Hohhot late last night, the agency said in a brief dispatch. Six of them suffered serious burns, it said.

The blaze was quickly brought under control, the report said, adding that an investigation had been launched.