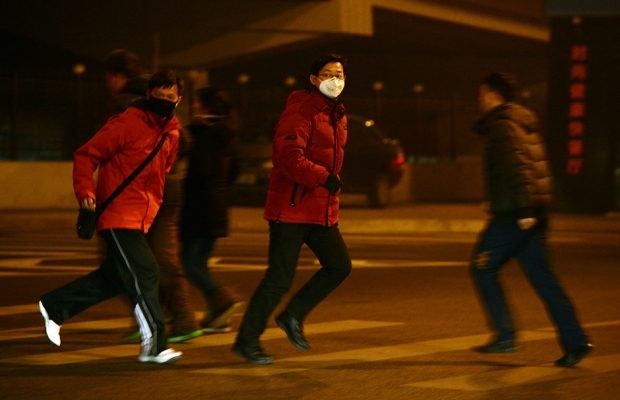 At ChinaFile, Emily Brill seeks comparisons between air quality in Beijing last winter and in New York after the destruction of the World Trade Center towers twelve years ago. Her interviewees offer their own parallels, placing the severity of Beijing’s air pollution somewhere between Los Angeles during a nearby forest fire and London’s Great Smog of 1952.

Some of the experts I interviewed were reluctant to make what they said amounted to an apples-to-oranges comparison—the origins, chemical composition, and manner of exposure to the bad air in the two cases makes it difficult to draw parallels. And yet, other experts I spoke to said that if given the choice between breathing the air in Lower Manhattan around Ground Zero in the weeks after 9/11, when it was still sickening thousands, or the air in Beijing earlier this year, they would choose Ground Zero.

[…] “It’s not a simple mass-based comparison,” [said] Dr. Jonathan Samet, Director of the University of the Southern California Institute for Global Health at the Keck School of Medicine, who says he has traveled in China on and off for more than twenty years. “The real point,” Samet said, “is that these levels far exceed what is deemed as healthy by any authority. These levels are reaching those at which catastrophe has occurred,” he added, citing London’s Great Killer Smog episode of December 1952, an epic air pollution event in which several days of frigid temperatures in London prompted increased coal-burning and contributed to the immediate deaths of approximately 4,000 people [and perhaps as many as another 8,000 in the months that followed]. [Source]

Beijing’s municipal government announced a new five-year plan to battle air pollution this month, pledging to cut PM2.5 levels by at least 25% by 2017. But local policies can do little to change the capital’s unfavorable geography, ringed by other heavy polluters and by mountains which trap the air. See more on air pollution in Beijing and across China via CDT.