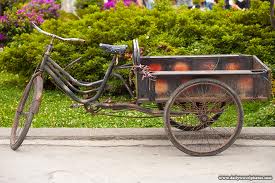 A blast outside a school in Guilin has killed two people and injured at least 18 others. From Xinhua:

The injured, including 10 students, were all hospitalized and one of them is in critical condition, according to local public security bureau.

The rest of the injured are adults who were accompanying the students to school or passing by the site.

Witnesses told Xinhua the explosion happened at around 8 a.m., when a man riding a three-wheeled motorcycle passed the entrance to Balijie Primary School in Guilin.

A Xinhua reporter saw a body lying at the site, which was cordoned off by local police. [Source]

The cause of the explosion is still unclear, CNN reports:

Local authorities confirmed to CNN that the explosion had taken place as the motorcycle went past but were unable to provide any specific information on casualties.

Injured people have been taken to different hospitals in the region, the local government said. [Source]

Netizen Voices: Is This Primary School or Prison?