Diabetes in China Now a “Catastrophe” 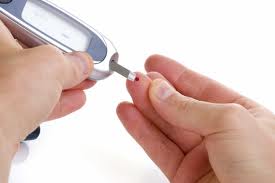 A new report in the Journal of the American Medical Association reveals that the number of people with diabetes in China has risen to 114 million, or 11% of adults. One of three diabetes sufferers in the world is now in China. From Bloomberg:

Chinese are developing the metabolic disease at a lower body mass index than Americans, the researchers found, meaning that changes in diet and physical activity stoked by rapid economic development are resulting in an earlier onset of the obesity-linked disease. The epidemic will worsen with 40 percent of 18-to-29-year-olds on the verge of developing diabetes, which increases the risk of stroke, heart attack and kidney failure.

“Diabetes in China has become a catastrophe,” said Paul Zimmet, honorary president of the International Diabetes Federation and director emeritus of the BakerIDI Heart and Diabetes Institute in Melbourne. “The booming economy in China has brought with it a medical problem which could bankrupt the health system. The big question is the capacity in China to deal with a health problem of such magnitude.”

Yesterday’s report is based on a survey of a nationally representative sample of 98,658 Chinese adults in 2010. A similar survey in 2007 pegged diabetes prevalence at 9.7 percent, or 92.4 million adults. The latest results means diabetes is now more common in China than in the U.S., where 11.3 percent of adults are diabetic. [Source]

A report in the Independent looks at the social and economic factors that have contributed to the rise of the disease:

Rising prosperity in China has lifted many millions out of poverty and given rise to a whole new middle class in the world’s most populous nation. But increased wealth is translating into changing diets, and the traditional staple meal of rice, vegetable and fish or chicken is being replaced with trips to fast-food restaurants.

He said changes in diet and lifestyle were resulting in earlier onset of the disease, and the epidemic would worsen, with 40 per cent of 18-to-29-year-olds in danger of developing type 2 diabetes. [Source]

Meanwhile, many of the foreign drug companies which produce diabetes medicine are embroiled in the crackdown against corporate bribery in China. Yet, as Quartz reports, those companies may believe that the growing consumer market for their products justify the cost of their legal troubles:

Those millions of Chinese diabetics already add up to a massive market for global pharmaceutical firms, including Sanofi, Merck, and Novo Nordisk, who make the top three best-selling diabetes drugs. All three firms have been enmeshed in China’s anti-bribery crackdown: Investigators seized documents from Sanofi in August, the same month they visited a Novo Nordisk production facility. And according to a report by the New York Times, Merck and Sanofi, along with Novartis and Roche, all employed the same travel agency that allegedly used fake invoices to help GlaxoSmithKline bribe doctors and hospitals to buy its products.

As the anti-bribery net widens, China’s economic planning agency is also investigating the costs and prices of foreign drug makers—especially those on an approved list that are subsidized and purchased in bulk by local governments. When the list was updated in March, Sanofi’s blockbuster Lantus long-lasting insulin treatment—the top-selling diabetes drug in the world—was added for the first time. [Source]

Read more about diabetes in China via CDT.