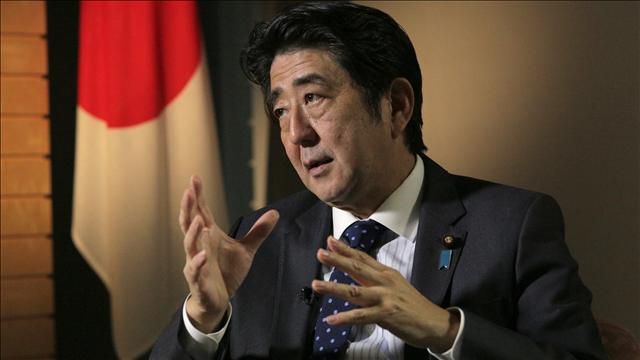 Mr. Abe made clear that one important way that Japan would “contribute” would be countering China in Asia. “There are concerns that China is attempting to change the status quo by force, rather than by rule of law. But if China opts to take that path, then it won’t be able to emerge peacefully,” Mr. Abe said.

“So it shouldn’t take that path, and many nations expect Japan to strongly express that view. And they hope that as a result, China will take responsible action in the international community.”

[…] In December, he intends to host in Japan the leaders of the 10 members of Association of Southeast Asian Nations. The event is intended to mark 40 years of Japan’s ties with the bloc that includes countries from Thailand to Indonesia to the Philippines to Myanmar, but also to further elevate Japan’s role as a leader in a region where China has also sought influence. [Source]

Earlier in the week, claims emerged that recent tensions between the two countries over the contested Diaoyu (or Senkaku) islands were the unexpected result of an internal power struggle within the Chinese Communist Party. From the Asahi Shimbun:

Before the issue went to the Cabinet last year, the administration of Prime Minister Yoshihiko Noda informed Chinese officials that the Japanese government intended to buy the islets in the East China Sea from private ownership, Akihisa Nagashima said in his book “Katsubei to Iu Ryugi” (The way to utilize the United States), published on Oct. 22.

[…] After rounds of discussions, the Japanese officials became “positive about the prospects of being able to elicit a ‘tacit acceptance’ from China,” he wrote.

But “a group of Chinese leaders who were inclined to accept (Noda’s policy) lost its clout” in the intensifying power squabble ahead of the Chinese Communist Party’s National Congress.

The “‘collaboration’ by Japanese and Chinese diplomatic authorities was crushed,” according to the book, and anti-Japanese sentiment spread after Japan’s purchase of the Senkaku Islands.[Source]

Around 250,000 journalists who work for various Chinese media organizations must attend the nationwide training program to learn about such topics as Marxist views on journalism, laws and regulations and norms in news-gathering and editing, in order to get their press accreditation renewed. The unified program started in mid-October and will run through the end of this year.

On Japan, the instructors denounced Prime Minister Shinzo Abe’s “right-leaning” policies and urged reporters from newspapers, news agencies, broadcasters and online media to refrain from concessionary comments regarding China’s claims over the Japan-held Senkaku Islands in the East China Sea, the participants said. China claims the islets as Diaoyu.

But at the same time, they warned participants not to adopt overly belligerent positions vis-a-vis Japan. [Source]