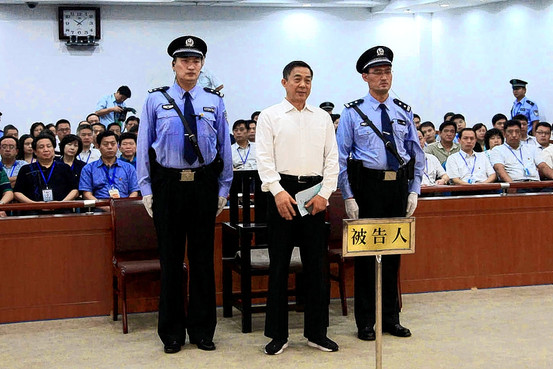 Bo Xilai, China’s fallen Chonqing Party chief who was sentenced to life in prison for bribery, embezzlement and abuse of power, has filed an appeal against his convictions. From The Wall Street Journal:

Mr. Bo’s appeal was filed on Sept. 30, a week after he was convicted and sentenced by the Intermediate People’s Court in the eastern city of Jinan, said the person with direct knowledge of the case.

That person said the appeal process normally takes two months, but could be longer in special cases.

According to Chinese legal procedure, the appeal should be heard by the Higher People’s Court in Shandong province, where Jinan is located.

The court can call the defendant, witnesses and lawyers to appear in person again, but is more likely to re-examine written transcripts of the evidence presented during the initial trial, legal scholars say.[Source]