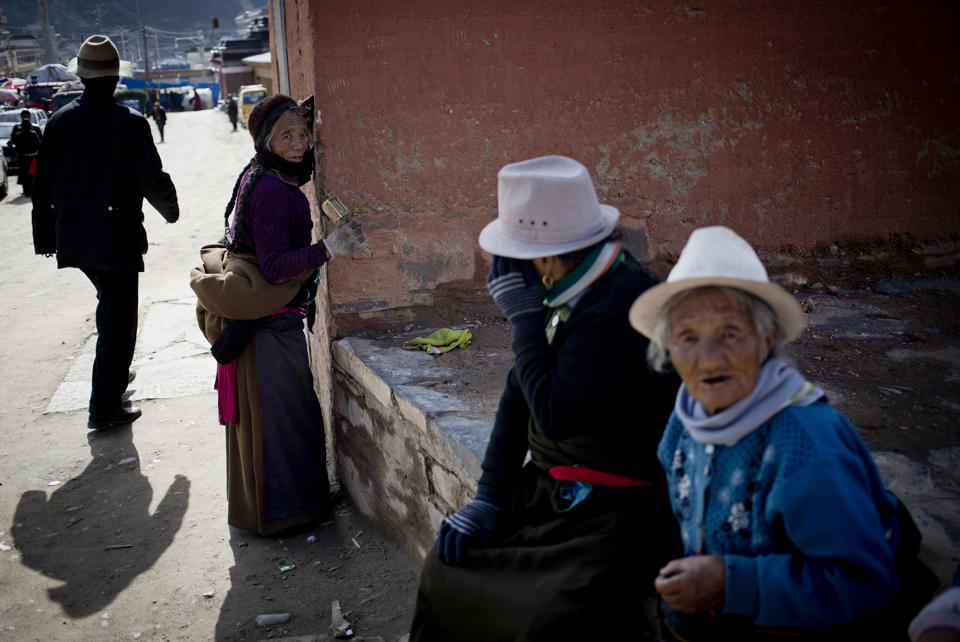 Sangay Gyatso, a Tibetan father of two who died after setting himself on fire in 2012, has been portrayed by Chinese authorities as a thief and womanizer. His cousin and neighbors, however, offer a different account in interviews with the Associated Press. From Didi Tang and Isolda Morillo:

Choe Gyamtso, a monk from Sangay Gyatso’s village, defended him in an interview with India-based broadcaster Voice of Tibet. He said Sangay Gyatso was a decent man and that the account of him as a thief and womanizer was a lie.

He also said the Chinese government offered a 1 million yuan reward to Sangay Gyatso’s family in exchange for their saying that the man self-immolated over disputes with his wife. He said the family turned down the money.

The cousin could not confirm the government offer, but said local officials had alleged that the family had accepted 3 million yuan from India for the man’s self-burning act, which he denied. Officials never made such a claim publicly.

[…] Gannan police said late last year that they detained seven people, including three from the monastery, for their roles in Sangay Gyasto’s death, characterized as premeditated homicide. Police said the monks knew about the suicide plan in advance, took photos of the self-immolation and sent them overseas to incite ethnic hatred. It’s unclear whether anyone was tried. [Source]

China has challenged the standing of several self-immolations as genuine protests, claiming that Tibetans have been manipulated into setting themselves alight to atone for “wrongdoings such as whoring, gambling and burglary.” Two other deaths were allegedly disguised as self-immolations by an opportunistic monk and a murderous husband. See more on self-immolations via CDT.