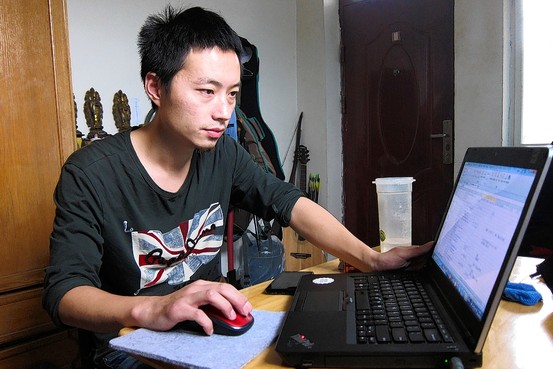 To evade government interference, a new group of educated middle-class grassroots activists are now organizing around evening meals to "lay the groundwork for democratizing China." From The Wall Street Journal:

On the last weekend of every month, government critics gather for unassuming meals in as many as 20 cities across the country to discuss issues from failures in the legal system to unequal access to education. The gatherings are intentionally low-key, organizers say, but their overall goal—to lay the groundwork for democratizing China—isn't.

"It's not illegal to eat dinner together," says Zhang Kun, a 26-year-old former employee of an advertising company who started helping to organize the meals after meeting other activists online. "That's our motto: Change China by eating."

As the power elite gather in Beijing for a Communist Party conclave this weekend, the loosely organized civic group known as the New Citizens Movement presents the country's leaders with a new challenge. Led by a Yale-trained lawyer and backed by a prominent venture capitalist, the group draws from the ranks of China's business elite and swelling middle class—a departure from previous reform movements, which were largely made up of dissidents and the dispossessed.

Their meetings have evolved beyond talk shops: The dinners have been used to organize petitions and demonstrations against corruption, inequality and abuse of police powers. [Source]

A netizen condemns authorities' attack on citizen dinners in a weibo post that has now been deleted. From FreeWeibo, translated by CDT:

飞翔吧飞翔吧V：秀才江湖： How is a meal a crime? Shenzhen is mystical! I have witnessed marvels! At 9:30 p.m. on October 16, myself and 7 other friends, including Lin Xuehui, Citizen Xiaobiao, and Nick, were eating at a restaurant in Shenzhen's Longgang district. Suddenly some of the local bureaucrat's runners burst in and dragged us to the Chengping police station. When they took notes they said it was an "illegal dinner party." We were in the station overnight. I was detained for 17 hours, then forced onto a train leaving Shenzhen. As for Zhang Kun, I don't know his whereabouts. Maybe he's been detained, too!

Below are images that have been deleted online of two civic groups' dinner gatherings.