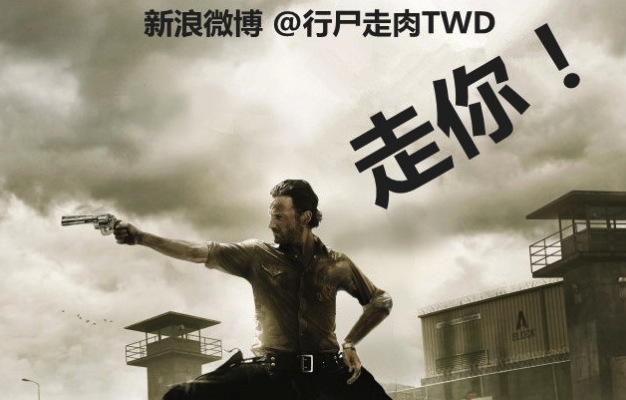 The  fourth season of an American zombie apocalypse television show, The Walking Dead, has become “the most-watched” season of any Western television show  available on Youku, China’s Youtube, with over 27 million views so far.  And Liz Carter at Tea Leaf Nation explains that part of this popularity rests on Chinese people’s “morbid fascination” with an apocalypse:

The show is especially attractive to Chinese fans because there’s no domestic equivalent on cable television. China lacks a ratings system for film or television, so shows with more violent content are rarer. Authorities have banned some television shows for being too violent for any viewer, and on Oct. 13, China Central Television, the state-run television network that often acts as a mouthpiece for government authorities, criticized the popular children’s cartoon Pleasant Goat and Big Big Wolf [sic] for excessive violence and adult language. With squeamish censors still worried about cartoon violence, a Chinese show featuring zombie gore stands little chance of getting produced.

China’s morbid fascination with the apocalypse is another likely factor driving The Walking Dead’s popularity. According to a May 2012 survey conducted by the global market research firm Ipsos, 20 percent of Chinese respondents said they believed that the world would end Dec. 21, 2012, compared to 12 percent of U.S. citizens and 4 percent of Germans. In Dec. 2012, a user on book and movie review site Douban wrote a short take-off of Max Brooks’ tongue-in-cheek book The Zombie Survival Guide that accounted for China’s “special characteristics.” These included a lack of weapons (Chinese citizens are banned from carrying guns), a huge population, and environmental pollution.

In the event of a zombie apocalypse, populous China would likely have it rougher than the United States. But with shows like The Walking Dead, at least both nations have a basic roadmap.[Source]