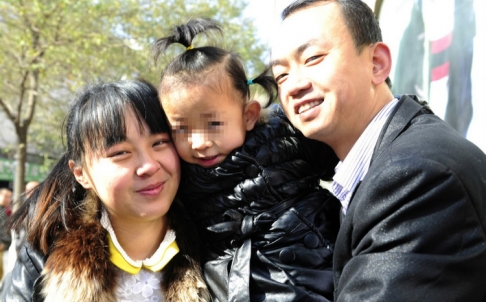 Anxious to find the lost device, the girl’s father posted a request for help on a social networking website and reported the loss to the police, the newspaper said.

His post instantly went viral, drawing attention among the city’s online communities. Several city government microblogs also helped to spread the message, appealing for members of the public to help look for the device.

[…] At the same time, notices were posted on some 1,500 buses in the city, alerts appeared on television news programmes aired on buses and all taxi drivers and street sweepers were asked to watch out for the lost device.

[…] The efforts of thousands of people in the city proved worthwhile. On Friday, after 114 hours of searching, the device was found with the help of an elderly begger. Netizens around the country hailed the satisfactory conclusion. [Source]