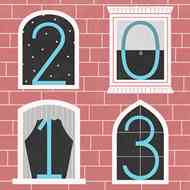 At The New Yorker, former China correspondent Evan Osnos predicts next year’s top ten China stories from continued unrest in Tibet and Xinjiang to the increasing danger of water pollution:

1. Unrest in Tibet and Xinjiang

The growing unrest on China’s western frontier is the biggest story that nobody really knows. The effort to disrupt and deny the authority of Beijing over a vast region of China—an area far larger than Europe—has enormous potential to alter the country’s political and economic future, but it is poorly understood inside and outside of China. Authorities bar foreign correspondents from reaching large parts of the areas that are home to Tibetans and Muslim Uighurs. The news flashes leave no doubt of deepening unrest—sixteen people, including two policemen, were killed in Xinjiang on Sunday, in a clash that we are unlikely to learn much more about. The sheer absence of information can be cause for more unrest.False rumors of a gang rape contributed to deadly unrest in Xinjiang in 2009, and the lack of knowledge is likely to produce problems again. “Atrocity stories repeat themselves, but then, so do atrocities. As with so much else in Xinjiang, it remains indistinct,” wrote James Palmer, in one of the year’s best stories from China.

For those who have lived with China’s air pollution, it has been a source of some perverse satisfaction to watch, this year, as the world fully acknowledged the impact of China’s epic smog. It’s not a life-style issue; it is a political and economic issue that illuminates the way in which the government is racing to meet the expectations of its people. Dirty air gets attention because it makes for good photos, and it affects big cities, but in the years ahead, water is likely to be the bigger risk. Early in 2013, an outbreak of pollution forced authorities to cut off water to a city of nine million people. Expect a sudden awareness of the water shortage now that Beijing has dropped below the United Nations “absolute water scarcity threshold” and is facing a “more severe water scarcity than some countries in the arid Middle East.”[Source]

At the Asia Society, Tom Nagorski demonstrates the dangers of predicting news by giving himself a report card on his own predictions for Asia in 2013:

11. Where’s China, you ask? They’ll be fine — the big slowdown won’t come — and every month will bring a new Xinhua image that shows that Xi Jinping really is a “man of the people.”
A China-savvy colleague helps with this one: “As with anything with China, it is more ambiguous compared to

other nations. Netizens have often rejected the official rhetoric — social media reflects this. While indeed the State shows Xi Jinping as the ‘man of the people,’ in conjunction with the Internet it is difficult to place his actual popularity and public support. As for the economy — more to come, but as with China, it is simply a matter of degree. The economy has slowed, but the growth rate is still high. Also, the economy leads to the question of, Why praise high growth when you can’t even live in the country healthfully?”
Translation: China’s complicated. I’ll take a 1/2 point.

Meanwhile, at The Guardian, Tania Branigan looks back at the top news stories this past year, highlighting China’s corruption problem as the “biggest concern”:

Xi has vowed to tackle both “flies and tigers” in a drive against corruption and extravagance that has been more intense and protracted than most expected. It also closed the door on disgraced politician Bo Xilai’s career, though he fought back against the charges of corruption and abuse of power.

However, when a senior leader vowed “unprecedented reform” at the autumn’s key political meeting – the third plenum – he was greeted with scepticism.

It is unclear how reform will be implemented but key pledges included relaxation of the “one-child policy”, greater freedom for farmers to sell or mortgage their land and move to cities, and the abolition of the re-education-through-labour system.[Source]