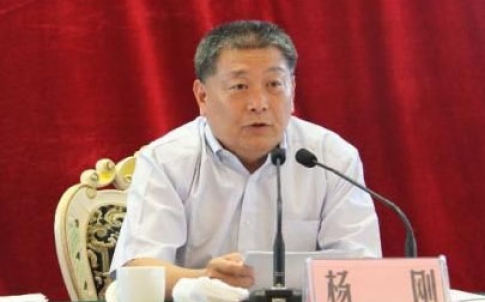 Yang Gang, who is currently deputy director of an official economic committee, is being probed for “serious disciplinary and legal violations”.

The term is used to refer to corruption by Communist Party members. Mr Yang has not commented publicly on the claims.

[…] Mr Yang is believed to be the 17th senior official to be investigated since China’s once-in-a-decade leadership handover in November 2012, which saw Xi Jinping confirmed as China’s leader. [Source]

From 2006 to 2010, Yang was the party’s second-highest-ranking official in Xinjiang. He is now deputy director of the committee for economic affairs at the nation’s top political advisory body, the Chinese People’s Political Consultative Committee.

He had worked for 41 years in Xinjiang, rising through the ranks of the party, according to Caixin Media’s online news portal.

He was transferred to Beijing in 2010 and was a vice-minister of the General Administration of Quality Supervision, Inspection and Quarantine until July.