Tibet: Desperation as World Looks Away 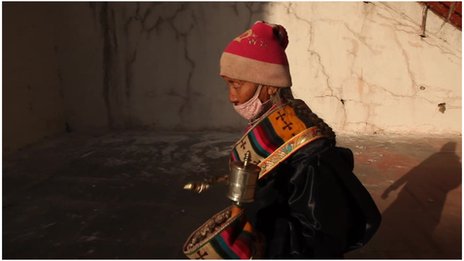 As British prime minister David Cameron visits China to build “a partnership for growth and reform that can help to deliver the Chinese dream“, the BBC’s Damian Grammaticas finds Tibetans feeling afraid, marginalized and abandoned.

Amongst Tibetans there have been growing frustrations. And there’s an impression that, since the financial crisis, the outside world, and the West in particular, are not so keen to tackle China on its human rights record.

What nations want is access to China’s markets and its finances.

So Tibetans have been resorting to extreme protests, setting themselves on fire. More than 120 are thought to have done so in the past three years in protest at Chinese rule in their homeland.

[…] After the clampdown and the media blackout, the immolations are now less frequent.

But what is not being addressed are the grievances here: Tibetans fear that they are being marginalised, their culture eroded, their voices silenced, all while the rest of the world looks away. [Source]

Click through to watch Grammaticas’ report, which the BBC’s Jo Floto notes was blacked out within China. See more on the Tibetan self-immolations via CDT.