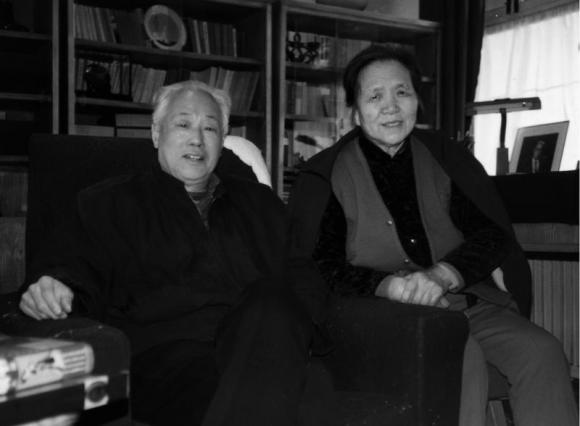 Liang’s husband, Zhao, was a former general secretary of the party who was stripped of power in 1989 before troops moved in against protesters in Tiananmen Square.

She endured house arrest in Beijing with Zhao, where he spent the last 15 years of his life. He died in January 2005, aged 85.

Liang had suffered from dementia and had only limited eyesight because of cataracts, said a long-time friend of the family who declined to be named.

She was still unaware of her husband’s death at the time of her own passing, the family friend said. Her children had not told her before because of her dementia. “She could not recognise people,” the source said. [Source]

Reform-minded Zhao Ziyang rose to power in the 80s with support from Deng Xiaoping, but fell from grace after expressing sympathy with June 4, 1989 Tiananmen Square protestors. Reuters reports on the uncertain future of Zhao’s remains and on Party efforts to erase his legacy from popular memory:

[Zhao Ziyang] died under house arrest at age 85 in 2005. His remains were cremated and put in an urn which was still kept at the family’s traditional courtyard house as no final resting place had been found, a source close to the family told Reuters.

[…]Top leaders’ remains are normally interred at the Baobashan cemetery in western Beijing, but Zhao was not given that honor as the party wanted him forgotten and offered a resting place in an obscure location. The family turned that offer down as it would have been inaccessible to the public.

The party, which values stability above all else, has remained nervous about Zhao’s residual influence and has tried to erase him from public memory, blanking out his role in economic reforms that turned China from a economic backwater into a powerhouse. [Source]

in January of this year, on the 8th anniversary of his death, the purged leader was honored by visitors to his former home in Beijing.