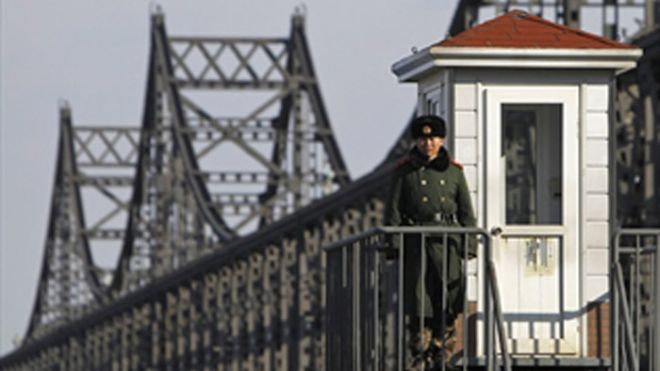 Corinne Dillon reports for Fox News that Chinese on the North Korean border in Dandong are “unaware of conditions in the secretive dictatorship” and “have a nostalgic view of North Korea as a remnant”:

The appearance of these North Korean laborers, who work in China with the blessing of the North Korean government, provides ordinary Chinese with little indication of how desperately poor the vast majority of people in the neighboring country truly are, however. In fact, most people in Dandong are seemingly unaware that far more common than the contract workers who come to China legally are those thousands of North Koreans who sneak across the border each year in search of something resembling a normal life — not one dominated by hunger and fear.Indeed, the closer to the secretive dictatorship, the more misconceptions seem to exist about life there. Residents of Dandong see the North Koreans in their midst as benign neighbors whose own homeland resembles China of yesteryear.

Indeed, the closer to the secretive dictatorship, the more misconceptions seem to exist about life there. Residents of Dandong see the North Koreans in their midst as benign neighbors whose own homeland resembles China of yesteryear.

“There is really nothing special or strange about North Koreans,” said longtime Dandong resident Wang Dan, 45, who adds that she and others in her hometown “think of them like Americans probably think of Mexicans or Canadians — just people from the neighboring country.” [Source]

Meanwhile, a new report shows that Chinese businesses working in North Korea have become increasingly frustrated with their treatment since Kim Jong-un took power in Pyongyang. From Quartz:

A set of case studies of four Chinese firms doing business in North Korea, analyzed by John Langdon, a student at the Johns Hopkins School of Advanced International Studies, shows how Chinese firms are finding it increasingly impossible to work with their counterparts across the Yalu River.

Constant demands for bribes, changing contracts, poor infrastructure, and heavy-handed security measures proved too much for the Chinese business partners assessed in the study. Two of the ventures were terminated under orders from the Chinese government and one collapsed on its own. A Chinese manufacturer of hydroelectric generators, which had been doing business in North Korea since 1985, complained that its engineers were carted around in windowless trucks and restricted from interacting with North Koreans. The Chinese staff also found listening devices in their residences. [Source]