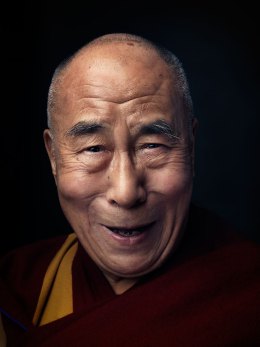 In an interview with TIME’s Elizabeth Dias, the Dalai Lama gave some thoughts on Xi Jinping’s rule and international support for Tibet, and maintained his longstanding reticence on Tibetan self-immolation. He also discussed marijuana, Facebook and Twitter, climate change, and Pope Francis.

What would you say to a Tibetan protester who is on the verge of sacrificing himself through self-immolation?

[…] What do you make of China’s new president, Xi Jinping?

He is courageously tackling corruption, quite effectively. Fearlessly. [But] real development must take place in rural areas. It is not a solution to build new, big cities. [Also] 1.3 billion Chinese people have every right to know reality … Censorship is an unrealistic method that actually develops distrust and suspicion. The Chinese judicial system must be lifted up to the international standard of judiciary systems. Then these 1 billion poor people can have some kind of protection. [Source]