Rage Against the Machine, or Work Within It? 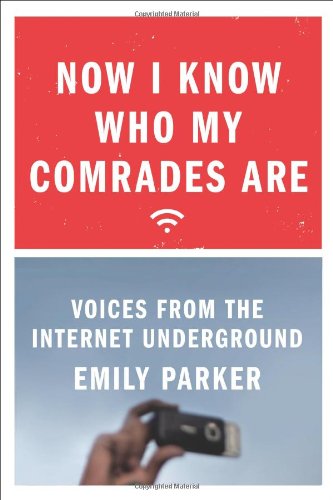 Reviewing Emily Parker’s Now I Know Who My Comrades Are: Voices from the Internet Underground at the Los Angeles Review of Books, Jason Q. Ng focuses on Parker’s comparison between two prominent online figures and their opposing approaches to Internet activism in China:

In what was no doubt many parts tenacious networking and one part good fortune, she connects with two “rightist” bloggers who in some ways are perfect foils for each other: Michael Anti and He Caitou. (In Chinese politics, “right” roughly corresponds to progressive in the US sense. Leftist voices — generally speaking conservatives who advocate support for today’s Communist Party leaders, lionize earlier ones such as Mao, or both — are not included in this book.) Anti (a pseudonym: his real name is Zhao Jing) is a “democratic” firebrand whose blog was famously shut down by Microsoft in 2005 after he called for a boycott of a Beijing newspaper. By contrast, He Caitou is a “liberal” reformer whose more moderate and playfully commercial approach to blogging has simultaneously earned him respect, snickers, and outright contempt. Anti disdains Chinese social media and the need to chat in code to the public and instead primarily uses Twitter to speak directly to foreigners and countrymen enlightened enough to have jumped the Great Firewall. He Caitou, who worked at Tencent, a Chinese company best known for its web-based and mobile chat services QQ and WeChat, doesn’t bother communicating through Twitter and instead devotes his time speaking to an almost exclusively Chinese audience through Weibo. Through the two of them, a fascinating debate plays out over how best to organize netizens in order to achieve a more open China: rage against the machine or work within the system?

[… I]n many ways, picking your battles and living to fight another day is a more realistic option today for most Chinese netizens than agitating for wholesale replacement and suffering potentially devastating consequences. Even Anti notes in a message to journalists thinking of becoming activists that our individual situations dictate what sort of efforts we can make on behalf of greater freedom. As he tells enterprising reporters who are thinking of sacrificing their livelihoods to join the cause, “We cannot starve to death” — a reminder that even for a man who personally declares himself unwilling to compromise, sometimes concern for one’s fellow comrades trumps all. [Source]