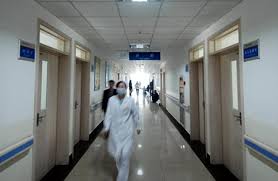 The Wall Street Journal reports that China has taken another step toward “improving its social safety net by boosting subsidies for basic medical coverage, in a move to help the poor and in turn stimulate consumption”:

The government will increase subsidies for each resident in both rural and urban areas by 40 yuan ($6.4), or about 14%, to 320 yuan this year, the Ministry of Finance said in a statement on its website Tuesday.

The subsidies, which cover only relatively mild illnesses and not catastrophic diseases, will be tilted toward the less-developed western and central areas of the country. That means that rural residents, who are often hit hardest by high health care costs, will get proportionately more help from the state as Beijing looks for ways to make health care more affordable for its 1.3 billion people.

Experts say the Chinese government has been looking for ways to rebalance the disparity in social-insurance coverage, which favors urban citizens. They get better coverage through a funding system that relies on a mix of employee and employer contributions.

Economists also argue that greater support for medical and other social benefits will encourage people to spend more, which will in turn stimulate economic growth. [Source]

[…W]hen it comes to the human rights aspects of China’s healthcare system, the report is notable for what it leaves out. The report says China has developed a social security system “suitable to China’ s current social conditions’. More specifically for health it says that China has established a basic national medical insurance system, that covers than 1.3 billion people, or over 90% of the population. Government subsidies for basic medical insurance for have risen from 40 yuan per person in 2007 to 280 yuan in 2013. It also claims that the reimbursement rate for hospitalisation expenses covered by relevant policies has been raised to around 70%. There are many more figures like this that make it sound as if China now has a functioning health insurance system that covers most of the population. As you will know if you have read many of my previous posts, this simply isn’t the case.  The reality is that China’s medical insurance scheme coverage of expenses is minimal and fragmented. It’s a user pays system and most Chinese people still face high out of pocket expenses for even the most basic hospital treatment. […] [Source]