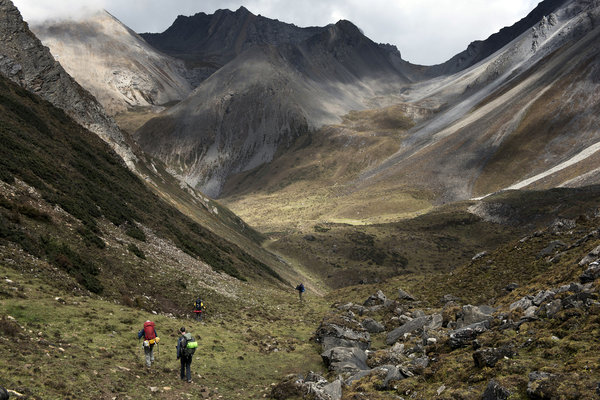 The New York Times’ Edward Wong describes a three-day hike toward the Huanglong nature reserve in northern Sichuan, under the shadow of police surveillance and Tibetan self-immolations.

The police had been tracking me and my friends since our arrivals by airplane the previous day at the nearby town of Songpan. Two policemen had watched us from across the street as we ate dinner at a noodle restaurant, and they then sat in the lobby of our hotel after we had returned to the lodge to sleep. One person in our group of five, Craig, was an American diplomat; two others, including me, were registered journalists. We were traveling in the Tibetan region known as Amdo, and near our trekking route were towns in which Tibetans had recently set themselves on fire to protest Chinese rule.

[…] The ethnic tensions in the region manifested themselves in subtle ways. Craig went out the next morning to buy kerosene for his camping stove, but found that no one was selling it. “People are doing bad things with gasoline,” Dong Zhuo, a manager at our Hui-run hotel, had told me the day before. Because of the Tibetan self-immolations, the authorities had limited the purchase of gasoline to drivers refueling at gas stations. We ended up buying a butane gas stove from a gear shop. [Source]