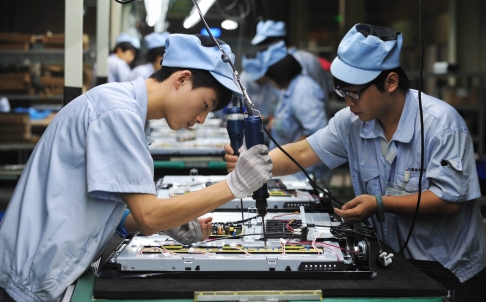 Chris Luo at The South China Morning Post reports that at least 20 million young people in China's rural areas have likely dropped out of school to join their parents working in the cities:

Nearly 1,000 young villagers in 66 villages across six provinces were polled, of which about one in ten were found to have dropped out of school.

Based on the findings, sociology professor Liu Chengbin of Huazhong University of Science and Technology, who conducted the research, estimated that the number of school dropouts across the nation could be somewhere between 20 to 30 million.

[...] But surprisingly the financial situation of students is not the major reason contributing to the dropouts, which have been widespread since rural areas introduced the nine-year compulsory education, the study pointed out.

Nearly half of the dropout students surveyed said they had quit school to go to work in cities so they could “broaden their horizons and enjoy new experiences”. And another 30 per cent said it was because “everyone else is doing it”, according to the study. [Source]