US Defends Counterterrorism Dialogue with China 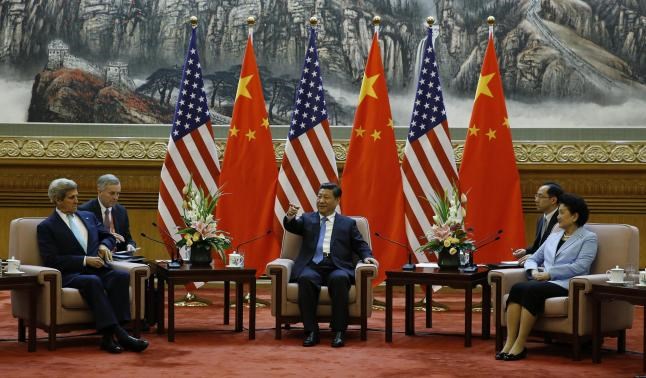 AP reports that the US has agreed to enhance counter-terrorism cooperation with China despite criticism from human rights group. From the Washington Post:

The United States is defending holding a counterterrorism dialogue with China this week.

Human Rights Watch criticized the discussions, saying it could be viewed by Beijing as acceptance of its repressive treatment of minority Uighur (WEE’-gur) Muslims.

A State Department statement said senior U.S. and Chinese officials met in Washington on Tuesday and committed to “address the shared threat that terrorism poses to both countries and the international community.” [Source]

Sophie Richardson, the China Director at Human Rights Watch, tweeted the following in response to the US-China Counterterrorism Dialogue:

A jaw-droppingly bad idea on the US’ part, esp in light of weak human rights emph at S+ED in #China: http://t.co/5XNiMfjoDi