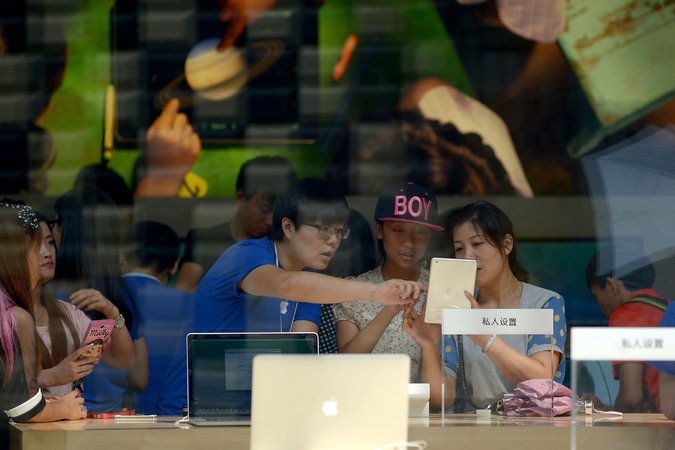 Apple is once again under fire from labor rights groups, which claim that Chinese factories that provide iPad and MacBook parts are in violation of the country’s labor laws.

An investigation spearheaded by U.S.-based China Labor Watch and Green America found a hazardous working environment at Catcher Technology Co. in Taiwan, according to a joint report.

“The investigator discovered extensive violations of Chinese labor laws, as well as violations of Catcher’s policies and Apple’s Supplier Code of Conduct, which details standards for worker rights and environmental sustainability for any company supplying to Apple,” the 25-page report said. [Source]

The employees are made to work excessive overtime and handle toxic chemicals without proper protective clothing, according to a report released Thursday by Green America, an environmental nonprofit group, and China Labor Watch, a workers’ rights group based in New York.

[…] An undercover investigation by China Labor Watch at the Suqian plant last month found that fire exits were locked and that flammable aluminum-magnesium alloy dust and shavings filled the air and littered the floors of some workshops. Investigators also found that employees were forced to work as many as 100 hours of overtime a month and failed to receive the social insurance payments required under Chinese law, according to the report. It said the plant made aluminum covers for a coming iPad and parts for the iPhone 5.

Workers at the plant, about 300 miles northwest of Shanghai, in Jiangsu Province, were also required by Catcher to sign forms saying they had completed safety training, even though they had received none, according to the report. [Source]

In response to the allegations, Catcher Technology and Apple issued separate statements expressing their willingness to investigate and make improvements accordingly. The Wall Street Journal reports:

Catcher, based in the city of Tainan, Taiwan, is a supplier of metal casings for major electronics brands, and its largest client is Apple, analysts say.

“We are deeply concerned about the claims…and we take the report very seriously. We are committed to following Apple’s supplier code of conduct and will investigate thoroughly,” Catcher Technology said in a statement.

[…] Apple also said its most recent fire-safety check took place at the Catcher facility last week and that it conducted an annual audit in May, during which time it found “concrete areas for improvement.” The company said it has scheduled a follow-up visit next month to review Catcher’s progress but has dispatched a team there to investigate the conditions cited in the report. [Source]