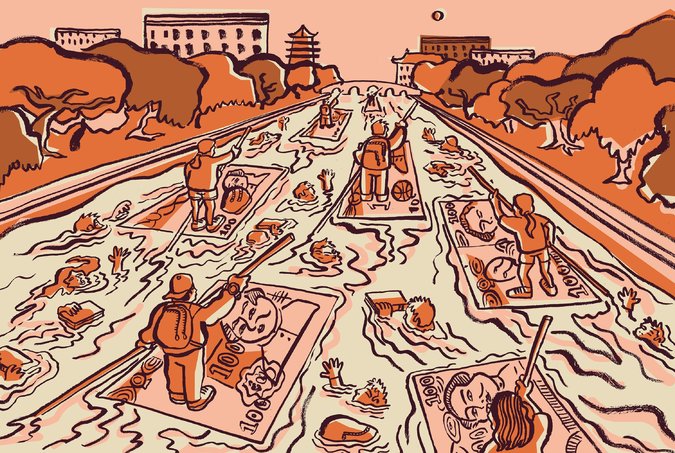 In the New York Times, Helen Gao writes about the inequalities in China’s education system, which start at the elementary level and then coalesce in higher education:

China’s state education system, which offers nine years of compulsory schooling and admits students to colleges strictly through exam scores, is often hailed abroad as a paradigm for educational equity. The impression is reinforced by Chinese students’ consistently stellar performance in international standardized tests. But this reputation is a myth.

While China has phenomenally expanded basic education for its people, quadrupling its output of college graduates in the past decade, it has also created a system that discriminates against its less wealthy and poorly connected citizens, thwarting social mobility at every step with bureaucratic and financial barriers.

A huge gap in educational opportunities between students from rural areas and those from cities is one of the main culprits. Some 60 million students in rural schools are “left-behind” children, cared for by their grandparents as their parents seek work in faraway cities. While many of their urban peers attend schools equipped with state-of-the-art facilities and well-trained teachers, rural students often huddle in decrepit school buildings and struggle to grasp advanced subjects such as English and chemistry amid a dearth of qualified instructors. [Source]

People’s Daily recently tweeted a photo illustrating the education offered to some rural students left behind when fellow villagers move to the cities:

Lonely School In Hubei: Pine Cove school has only 1 student and 1 teacher. Other kids have moved to cities. pic.twitter.com/0TgHKSPhq5

Read more about the education of rural children and those who migrate to the cities, via CDT.

The education gap is not just evident between urban and rural and the wealthy and poor residents. Last year Human Rights Watch released a report looking at the barriers to education faced by the disabled in China.