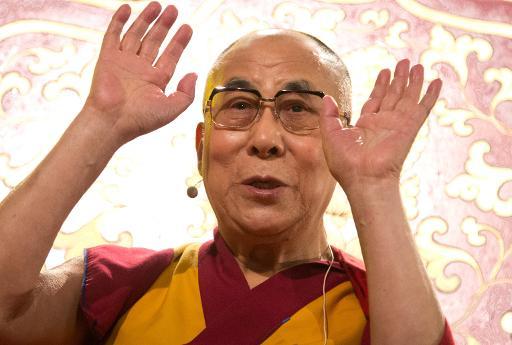 AFP reports that, according to a representative, the Dalai Lama’s visa application to South Africa has been refused. The Nobel laureate and exiled Tibetan spiritual leader applied for a visa to allow his participation in the 14th World Summit of Nobel Peace Laureates, set to begin next month in Cape Town.

The government “conveyed by phone to me they will not be able to grant the visa for the reason that it would disturb relations between China and South Africa,” Nangsa Choedon told AFP.

The refusal could provoke a boycott of the 14th annual peace summit, according to a spokesman for South Agfrican laureate and former archbishop Desmond Tutu.

“I have heard that if the Dalai Lama is not allowed into the country, other invited guests have said they will not come,” Roger Friedman said.

The government confirmed that it had received a visa application from the Dalai Lama but suggested that a decision had not yet been made.

“The application will be taken through normal due process. The relevant authorities will communicate with the applicant thereafter,” the department of international relations said. [Source]

On Twitter, South Africa’s head of Public Diplomacy also said that the application was processing, and that no denial had yet been made:

SA High Commission in India has received a visa application from The Dalai Lama. The application is going thru due process. No denial.

So, @ClaysonMonyela is the Dalai Lama lying?

From a press release posted on South Africa’s Department of International Relations and Cooperation:

Update on His Holiness The Dalai Lama’s visa application

The Department of International Relations and Cooperation has received written confirmation from the office of His Holiness The Dalai Lama in India indicating that His Holiness has cancelled his planned visit to South Africa.

At the time of the receipt of the notification, the South African High Commission in New Delhi was still processing the visa application in line with due process relating to visa applications.

Following the cancellation of the planned visit by the office of His Holiness, the Department now considers the matter to be closed.

This is the third time the Dalai Lama has been unsuccessful obtaining a South African visa in five years: In 2009, his application was outright denied; and in 2011 he cancelled his trip after a delay in visa processing effectively barred him from entry. Following the 2011 incident, South Africa’s Supreme Court of Appeal ruled that the government had acted unlawfully.