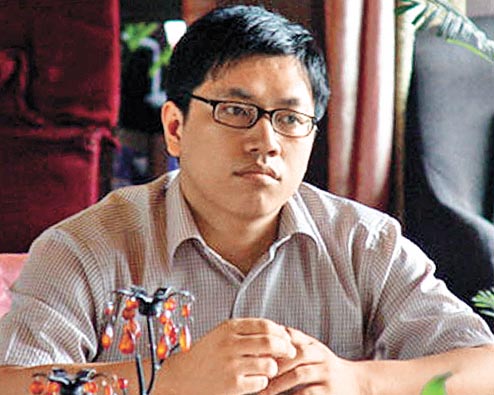 Scholar Guo Yushan, who played an instrumental role in helping Chen Guangcheng escape his house arrest in 2012, has been detained. The reason for his detention has been unclear, though he was earlier targeted when his Transition Institute was closed down, likely due to his association with rights lawyer Xu Zhiyong and the New Citizens Movement. Recently, however, Guo had been keeping a low profile, according to his friends and associates. Josh Chin at the Wall Street Journal reports:

A dozen or so police and state security officers took Guo Yushan from his home in a Beijing suburb early Thursday morning, his wife Pan Haixia said Sunday. “They came in with a warrant and took a lot of things as evidence, his computer, his iPhone, iPad and some hard drives,” Ms. Pan said.

The detention notice later given to the family said that he had been detained on suspicion of “picking quarrels” — a crime used in the prosecution of dozens of activists in recent years, according to a copy of the notice his lawyers posted online Saturday. The lawyers said they submitted an application to the Beijing No. 1 Detention Center to meet with Mr. Guo, but had yet to get a response.

A person answering the phone at the detention center on Sunday he had no information about the case. Beijing’s Public Security Bureau didn’t immediately respond to a faxed request for comment. [Source]

Andrew Jacobs at the New York Times reports on possible reasons for his detention:

Mr. Guo’s apparent crime, according to friends, was “picking quarrels and provoking troubles,” the catchall charge that the Chinese authorities have been using with growing frequency in an effort to silence perceived enemies.

It is not clear what prompted his detention, but Mr. Guo could simply be the latest victim of a wide-ranging crackdown on dissent that has picked up steam since pro-democracy demonstrations in Hong Kong began a campaign of civil disobedience two weeks ago. More than 50 people have been detained across China this month, including 10 people in Beijing who last week attended a private poetry reading, disrupted by the police, that was billed as an expression of solidarity with the protesters in Hong Kong.

“If this is related to Occupy Central, there’s a big possibility he will lose his freedom,” said Li Fangping, a rights lawyer, referring to the protests in Hong Kong, which Chinese leaders fear could spread beyond the former British colony.

But on Sunday, Mr. Guo’s friends said they were puzzled by his detention because he had deliberately kept a low profile in the year since the authorities shut down the independent research institute he had helped run. As far as they knew, Mr. Guo had refrained from making any public gestures in support of the demonstrations in Hong Kong. “He is very courageous yet extremely rational, gentle, and has a very strong awareness of the law,” said Chen Min, a friend and journalist who is better known by the pen name Xiao Shu. “His remarks and his activities are completely within the law.” [Source]