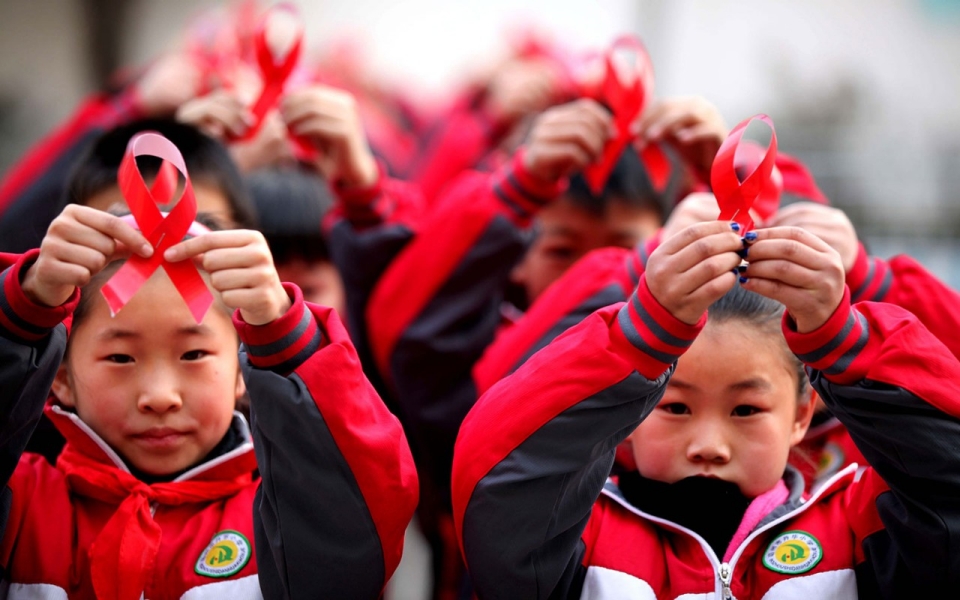 At the Telegraph, Robert Foyle Hunwick reports that a village in Sichuan Province has unanimously signed a petition to expel an 8-year-old boy after he was diagnosed HIV-positive:

In a case that has drawn an outpouring of sympathy, all 203 members of Shufangya village in south west China’s Sichuan province, pressed their thumbs in red ink onto the petition to banish the boy, nicknamed Kun Kun by the Chinese state media.

Kun Kun, who was at the meeting, could only look on as his grandfather, with whom he lives, also signed.

“The villagers sympathise with him, he is innocent, and only a small child. But his AIDS is too scary for us,” said Wang Yishu, party chief of Shufangya village, to the People’s Daily website.

Kun Kun’s sad talehighlights a raft of social problems facing China’s rural communities, as well as efforts by the government to reverse some of the damage done by decades of failed HIV/AIDS policies. […] [Source]

Kun Kun is one of more than 60 million “left-behind children,” his biological parents having left him in the Sichuan village to earn money in the city. The Telegraph report notes that after learning of Kun Kun’s diagnosis, his stepfather—whose adopted parents are now watching the child—disowned the boy and stopped sending money. AIDS discrimination continues in China despite anti-discrimination laws. In recent years efforts to combat stigma surrounding the virus have been made by activists, NGOs, and theatrical film productions. Late last year, Li Keqiang’s efforts to urge AIDS empathy and activism was met with some skepticism; the premier has been accused of playing a major role in covering up the blood for cash scandal that left tens of thousands in rural Henan infected with the virus while he was provincial Party chief.

Coverage from the BBC notes a mixed response to the Shufangya petition on social media, and a local official’s stated plan to “conduct ideological education” in the village:

Kun Kun’s case sparked intense discussion on weibo, China’s Twitter-like microblogs, where the reaction was a mix of scepticism, sympathy for the villagers, and pity for Kun Kun.

Some of the most popular comments questioned Kun Kun’s predicament. “Such a young child! How could he have contracted Aids?” said one user.

Others pointed out Kun Kun’s unruly behaviour and said he presented a “safety risk” to the villagers.

But many also expressed sympathy for Kun Kun and condemned the villagers’ behaviour.

“This has to do with many people lacking knowledge, and the crux of the matter is there needs to be more education to avoid more such situations,” said one user.

A local official told the paper that they planned to “conduct ideological education” for the villagers, and also look for an organisation to take in Kun Kun as his grandparents, who are his guardians, are elderly. [Source]

Read more about HIV/AIDS and AIDS discrimination in China, via CDT.