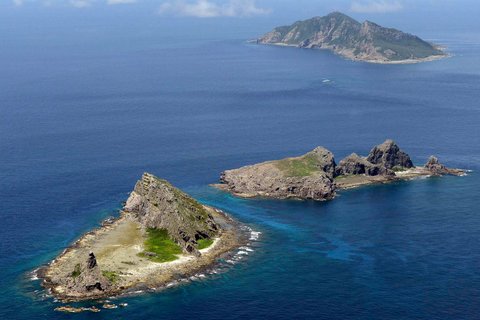 On Tuesday, China’s National Marine Data and Information Service launched a website on the Diaoyu Islands which asserts Chinese sovereignty over the disputed territory. The Chinese website mirrors a website earlier established by the Japanese Foreign Ministry dedicated to promoting Japan’s own claim on the islands, which it refers to as the Senkaku Islands. Kiki Zhao at The New York Times reports:

In a new effort to bolster its claim to disputed islands in the East China Sea, the Chinese government has endowed the isles with a website under their Chinese name, www.diaoyudao.org.cn, for the Diaoyu Islands. Japan, which also claims sovereignty, calls them the Senkaku.

Next to the Chinese national flag, the words “Diaoyu Islands — China’s inherent territory” top the website’s home page. Below are photos of the uninhabited, Japanese-administered archipelago with islands identified by their Chinese names, the Chinese government’s statement as to why the islands are an integral part of China and a timeline reaching back to the 14th century with historical documents offered as proof of China’s claim. “The Diaoyu are inseparable parts of Chinese territory,” the website reads. “Whether from a historical perspective or a legal one, they are China’s inherent territory.”

[…]  “This might be a response to Japan’s earlier publishing of its position and related documents about the islands,” said Zhou Weihong, a professor in Japanese studies at Beijing Foreign Studies University.

The Japanese Ministry of Foreign Affairs set up a website detailing Japan’s claim to the islands, along with supporting historical records, around the time Tokyo announced it would purchase the islands from a private owner in 2012, Mr. Zhou said. That website, which is available in a dozen languages, including Chinese, declares: “There is no doubt that the Senkaku Islands are clearly an inherent part of the territory of Japan, in light of historical facts and based upon international law.” [Source]

Read more about the Diaoyu/Senkaku Islands dispute, via CDT.