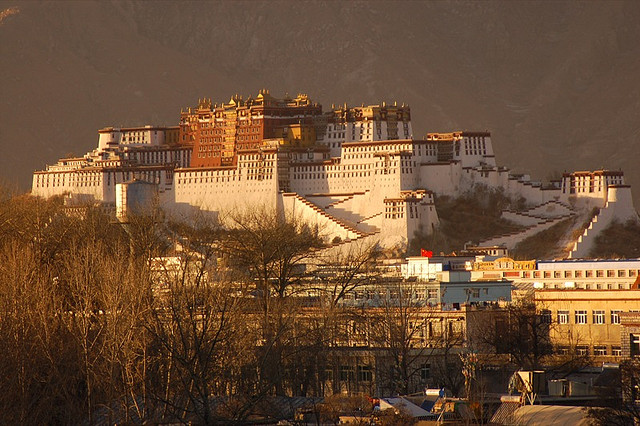 At his Culturally Curious blog, Matt Adler talks to Columbia University’s Robert Barnett about the complexities of Tibetan language and its situation in China. Both dialects and policies, Barnett points out, vary more than is often recognized.

Today, in the post-Mao era, the language of state mouthpieces like the newspapers, television, radio and official texts (including history texts) is still locked in the Leninist era from 35 years ago – to read an official Tibetan newspaper day after day, with its wooden terminology and endless praise of the state, is a mind-numbing experience. And China’s education policies in Lhasa and the Tibet Autonomous Region are very damaging for Tibetan language: all middle schools there (unlike Qinghai) are required to use Chinese as the teaching medium. This is starting to happen in kindergartens now too. So a lot depends on whether the Qinghai or the Lhasa model of education is adopted in the future.

But, although there is much they are not allowed to write about, other areas of culture and language in Tibet that are less important to the state have flourished since the 1990s, making claims of cultural genocide seem overstated. The huge increase in education, publishing and distribution of commercial media has led to a surge in creative writing and publishing in Tibetan, particularly in poetry, short story writing, popular music, religious texts, and more recently in film, particularly in Amdo. But the larger problem is that Tibetans who are fluent in Tibetan find it hard to get good jobs, even in Qinghai, so in the longer term this is likely to act as a general economic disincentive for the future of Tibetan language, and the current renaissance faces serious risks and challenges unless progressive policies are introduced. [Source]

Earlier this month, Xinhua noted the publication of a new encyclopedic Tibetan dictionary, arguing that the introduction of terms for “WeChat,” “broadband,” and “robot,” as well as “lightning marriage,” “new normal,” and “Silk Road economic belt,” show that Tibetan language is flourishing:

The dictionary will have about 150,000 entries, three times that of the Tibetan-Chinese dictionary published in 1985, the most comprehensive Tibetan-language reference book until now.

[…] “Language is a mirror of the times,” said Qoizha, deputy head of the Tibet regional compilation and translation bureau.

[…] “The dictionary is getting thicker, more professional and encyclopedic, which is strong proof of Tibet’s cultural development,” said Wangchug, 69, a Tibetan language translator. [Source]

The state news agency also reported that Han officials in the Tibetan Autonomous Region will now be required to “master” Tibetan, following Xi Jinping’s declaration last September that “one cannot serve the local people well if one cannot speak the local language.”

Read more on Tibetan language, and more from Robert Barnett, via CDT.