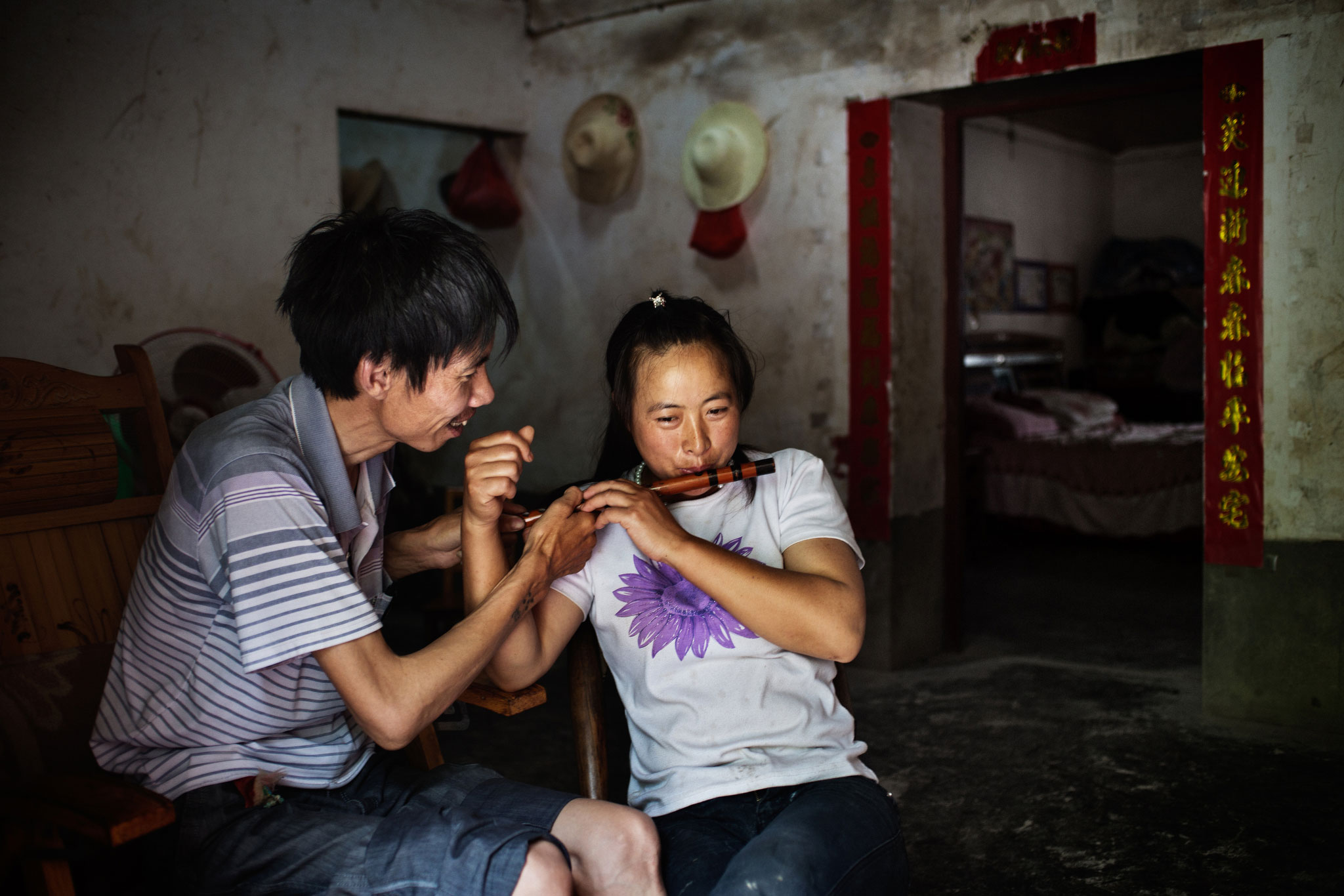 Many miners in China develop pneumoconiosis, also known as “black lung disease.” Gold miners in particular develop a form known as silicosis, an incurable disease that causes scarring and inflammation of the lungs. Photographer Sim Chi Yin has produced a short documentary which provides an intimate portrait of He Quangui, a miner in Shaanxi who is dying of the disease, and his family. From National Geographic:

For years, I’ve been a regular visitor to one of those former gold miners: a man named He Quangui, who lives in an old earthen house with his wife, Mi Shixiu. Mr. He has been struggling with silicosis for over ten years—surviving longer than most in his area. He keeps a notebook to record the names of those who’ve succumbed to silicosis. Flipping through it, he tells me: “I’ve watched them die, one by one. I know one day it will happen to me too.”

This is the unseen cost of gold mining in China—the world’s top gold producer. In China, silicosis is considered a form of pneumoconiosis, which affects an estimated six million workers who toil in gold, coal, or silver mines or in stone-cutting factories. It’s the country’s most prevalent occupational disease.

What the statistics can’t capture are the miners’ slow deaths. The men waste away, their lungs gradually scarring or becoming hardened from the dust they breathed years earlier. The disease is irreversible—a lung transplant is the only known cure—but is preventable with protective gear and ventilation while drilling. Mr. He says the type of mines he worked in lacked such safety measures.

In recent years, mining conditions have improved, but out here in hardscrabble rural China, most workers cannot track down mine owners to cover medical bills and don’t get treatment until it is too late. Most just give up as costs mount. Some commit suicide. [Source]

The full documentary and photographs of He and his family have been published on National Geographic. See more work by Sim Chi Yin.