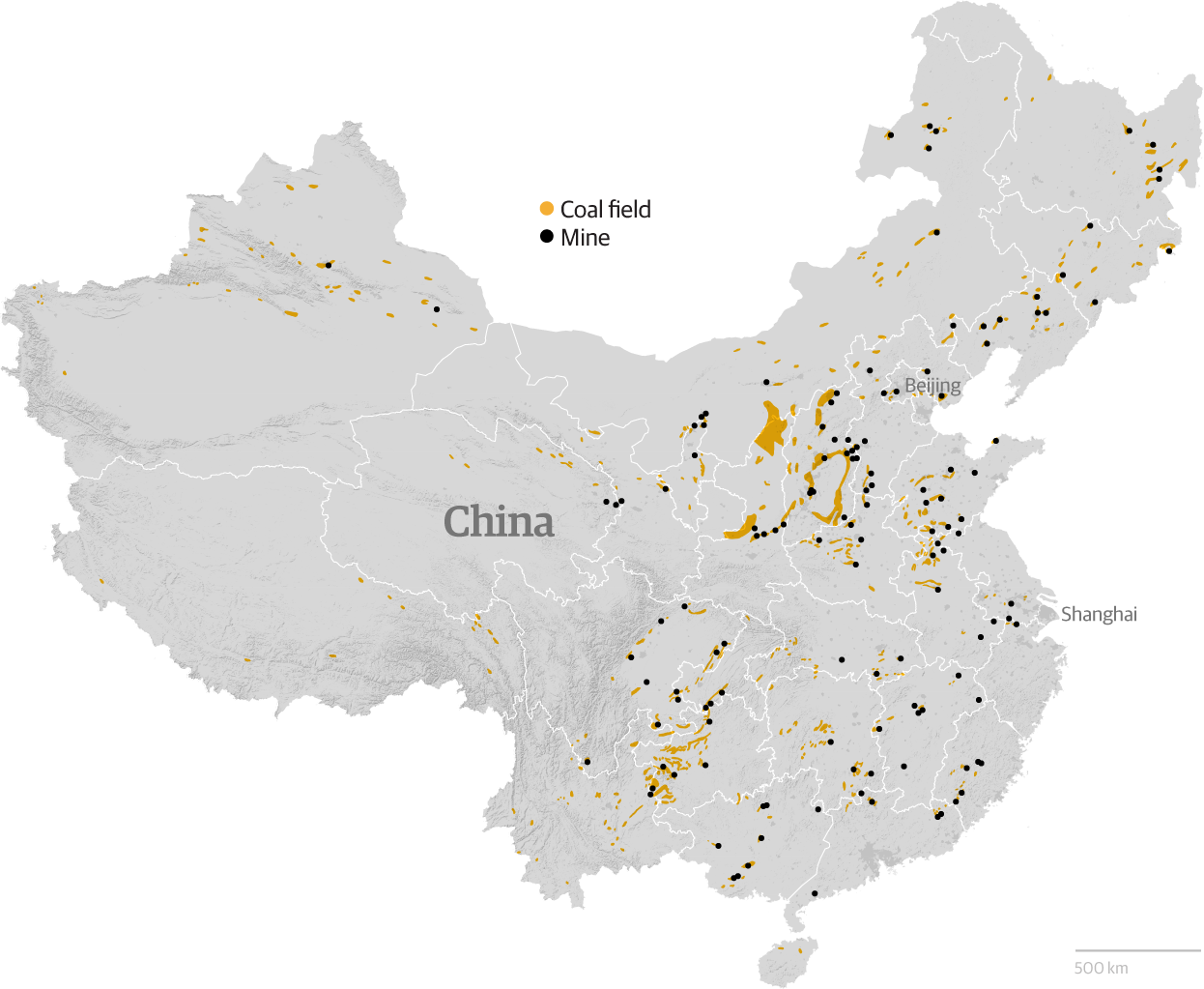 The Guardian has published a visually rich multimedia story on coal in China. From the intro:

Chinese miners last year dug up 3.87bn tonnes of coal, more than enough to keep all four of the next largest users – the United States, India, the European Union and Russia – supplied for a year.

The country is grappling with the direct costs of that coal, in miners’ lives, crippling air pollution, expanding deserts and “environmental refugees”.

Desire for change contends with fears that cutting back on familiar technology could dent employment or slow growth, and efforts to cut consumption do not always mean a clampdown on mining. […] [Source]

The story is divided into four chapters, each based in Ningxia and focusing on a separate aspect illustrating the impact of China’s relationship with coal, the energy source that has fueled its rapid development. Chapter one looks at how pneumoconiosis, or “black lung disease,” has ravaged a family with multi-generational ties to the coal industry. Chapter two looks at the politics surrounding China’s long reliance on coal, the environmental impact of that reliance, and recent policy attempts to wean itself away from coal and towards cleaner energy. Chapter three covers the town of Hongsibu, where a resettlement village as been built for “environmental refugees,” and chapter four at Zhoutao, a “village killed off by climate change” and a source of similar refugees.

At Mother Jones, who along with The Guardian is a reporting partner with the Climate Desk journalism collaboration network, James West highlights some of the disturbing facts on China’s coal reliance from The Guardian story:

1. “Chinese miners last year dug up 3.87bn tonnes of coal, more than enough to keep all four of the next largest users—the United States, India, the European Union and Russia—supplied for a year.” I’m always amazed by just how much coal China produces and consumes. Here’s how China’s coal production compared to other countries: […]

2. “Air pollution in China, from its factories and power stations, has got so bad that it kills over half a million people a year.” The impact of coal on China’s air is something my colleague Jaeah Lee and I witnessed first-hand when we traveled to through China for our investigation into China’s fracking boom. Potentially lethal smog stalked us everywhere we went, but especially bad was the coal belt around Shijiazhuang, where smog reaches emergency levels one out of every three days each year—twice as often as in Beijing.

If nothing is done to slash the levels of toxic smog in China’s air, some 257,000 Chinese people could die over the next decade from pollution-related diseases, according to a study released in February by Peking University and Greenpeace. According to a separate Greenpeace study, 90 percent of 360 Chinese cities surveyed failed to meet the country’s national air quality standard in the first quarter of this year. Forty percent of the cities registered air pollution levels that were twice the national standard. Toxic smog billowing from China’s coal-fired power plants is even making snowstorms in the US worse. […] [Source]