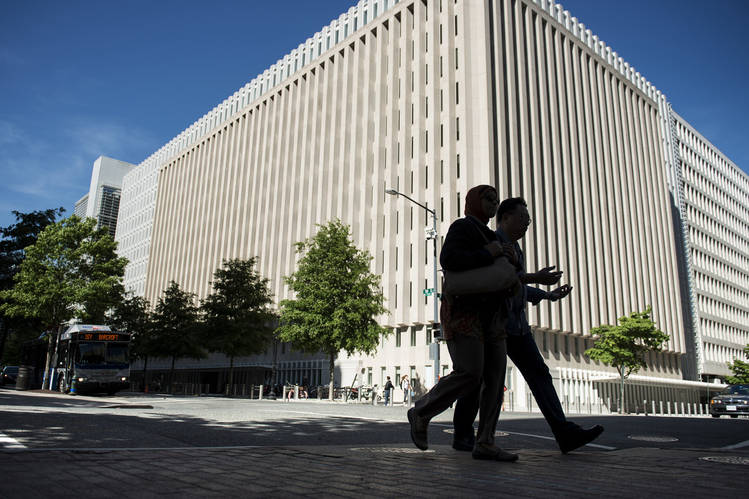 Agence France-Presse reports that the World Bank removed a section of its recently released China Economic Update report. The deleted chapter called on Beijing to reform its financial system, arguing that it suffers from excessive government interference. From South China Morning Post:

On Wednesday, the Washington-based institution released its China Economic Update report in Beijing that included a section urging the country to accelerate reform of its state-dominated financial sector.

In blunt language, the World Bank warned that failure to address the issue could end “three decades of stellar performance” for the world’s second-largest economy.

“Wasteful investment, over-indebtedness, and a weakly regulated shadow-banking system” had to be addressed for China’s broader reform agenda to succeed, it said.

The organisation, however, said in an update to the report posted on its website on Friday that the section had been removed.

“Section three on the financial sector that was previously included in this report was removed because it had not gone through the World Bank’s usual internal review and clearance procedures,” it said. [Source]

The World Bank’s country director for China told The Financial Times that there is no truth to speculation that it succumbed to pressure from Beijing, saying that the chapter “did not meet our usual standards of discourse with our member governments,” and adding that “we have to be supportive and we have to be respectful.” But the decision to redact the publication may undermine the organization’s reputation either way, Mark Magnier at The Wall Street Journal reports:

The World Bank’s decision to remove the finance section doesn’t reflect well on the global development institution, some observers said.

“If the stated reason is correct, it would seem to point to a pretty serious deficiency in the World Bank’s internal controls,” said Guy de Jonquières, a senior fellow at the Brussels-based European Center for International Political Economy. “If it’s not, it suggests the World Bank had sudden second thoughts or faced possible external pressure from China.”

“Either way, this doesn’t inspire huge confidence in the integrity and independence of the bank’s economic research and analysis,” Mr. de Jonquières said.

[…] This isn’t the first time questions involving possible Chinese pressure on international organizations have surfaced. In 2010, the International Monetary Fund opted to issue a summary instead of a full report on the Chinese economy that included a discussion over whether China’s currency was undervalued. IMF directors disagreed over the issue. [Source]

The modified version of the World Bank’s China Economic Update can be accessed here.