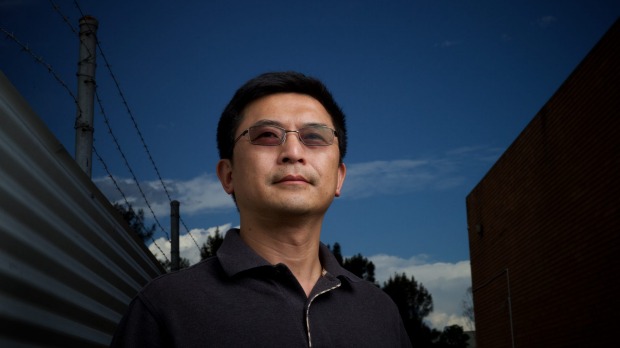 The Australian Broadcasting Corporation reports the story of  Michael Li, an Australian-Chinese businessman who fled China in 2000 after being investigated as a Falun Gong practitioner. The Sydney-based furniture exporter claims that his Guangzhou-based factory has been shut down, his brother arrested, and his family surveilled and harassed in Sydney after he refused to act as a spy for Beijing. Linton Besser, Clay Hichens, and Mario Christodoulou report:

Michael Li, the owner of global furniture exporter OSMEN, said he has been routinely pressured by security officials to gather intelligence about the local activities of Falun Gong, a spiritual movement outlawed in China.

[…] Mr Li had kept the alleged harassment a secret, hoping to protect his family and his business.

But he has decided he has no choice but to speak out: “We don’t want to tell people for so long, but now if I keep silent, I think more people will be persecuted.”

[…] “We keep silent, we try to let it go for so long, so many years, until now my brother [was] arrested, my factory closed, this is the bottom,” he said.

“It’s unbelievable that even I live in Australia, I [am] still under China’s police control … [there’s] nowhere to go.”

Events came to a head on June 12 this year when his home on Sydney’s north shore was broken into. […] [Source]

More on the break in, Michael Li’s background, and his fear for the safety of his family, from the Sydney Morning Herald’s Anne Davies:

In June this year he made complaint to Gordon police after his elderly father came face to face with a man of  Asian appearance in their Gordon home at 4am.

Mr Li did not see the man himself but heard his father ask the man: “Isn’t it rather early to be here?” before the man ran out the back door, leaving it open.

Nothing was taken from the house, fuelling Mr Li’s suspicion that the person was spying on his activities. His police complaint has not led to any arrests.

[…] Mr Li says the first approaches to him from the Chinese authorities came in 2000 soon after he returned to China from a trip to Europe. He had become a Falun Gong practitioner two years earlier as a way of dealing with an illness.

[…] Mr Li says he is now too worried to travel to China.

His parents, who were here for a year, are shortly due to return and he fears for their safety. [Source]

Michael Li’s story was included in a video report by Australian Broadcasting Company’s “Four Corners” series on Chinese investment in Australia’s real estate market (the segment on Li begins at 34:58). The report also discusses Beijing’s “Operation Fox Hunt” campaign to bring overseas graft suspects back to China. In the report, an immigration official explains Australia’s refusal to cooperate with Beijing on this campaign: “an arbitrarily drawn list by a non-democratic government is probably very dangerous to rely on.”