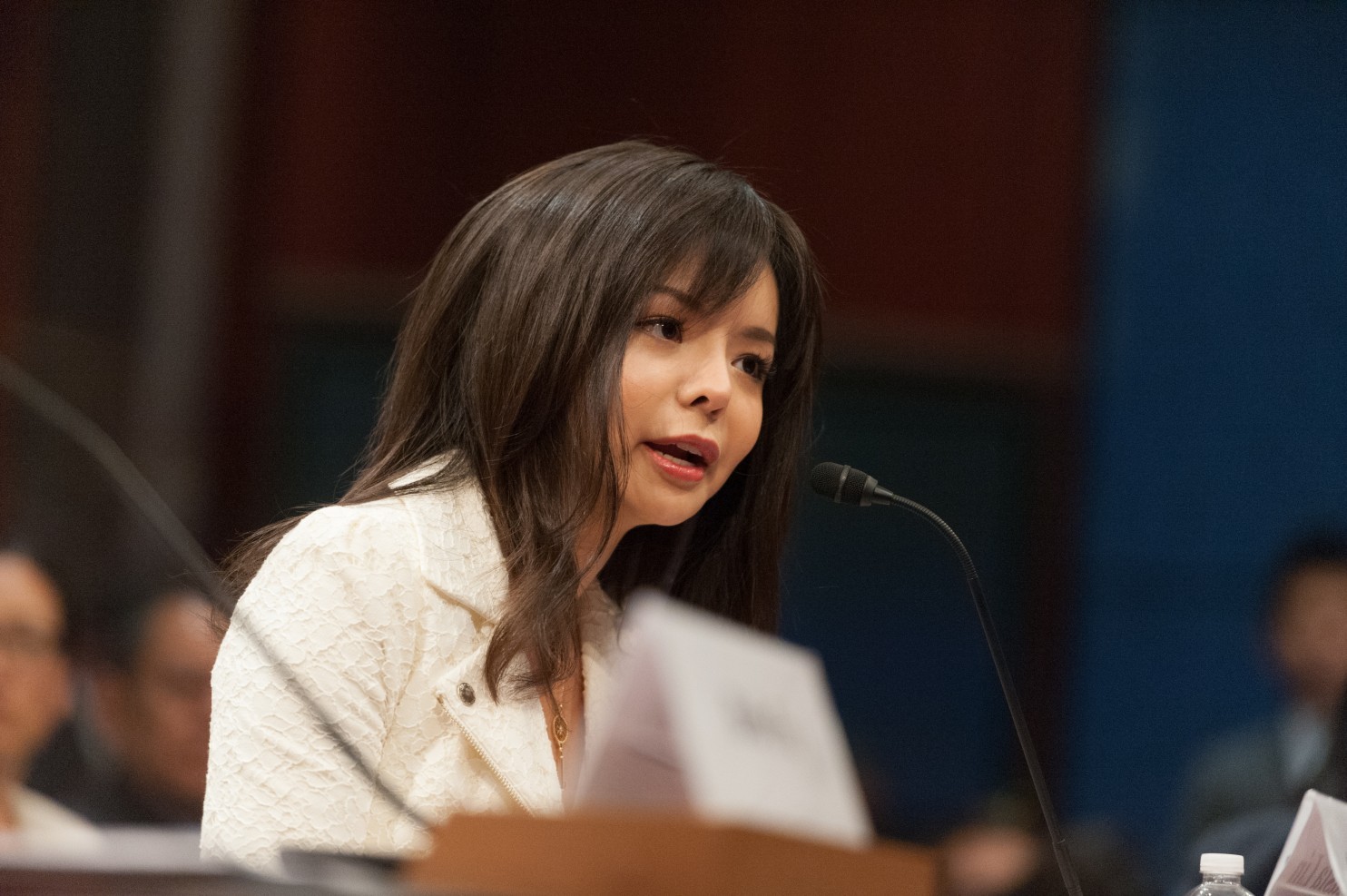 Anastasia Lin, the 25-year-old Chinese-Canadian woman who won the 2015 Miss World Canada title, says that Chinese authorities are refusing to provide her with the invitation letter needed apply for a visa to attend the Miss World finals beginning later this month in Hainan. Lin has previously starred in film and television roles highlighting Beijing’s human rights record, and has also spoken in Washington about religious persecution in China. At the LA Times, Julie Makinen reports:

[…W]hile all other contestants who requested such letters have received them, she has not, though she already has a plane ticket purchased for a flight that departs Nov. 20. “I sort of expected there would be some kind of trouble,” Lin said in a telephone interview Monday. “This is definitely not just an administrative error.”

[…] Despite repeated phone calls and emails to the Miss World Organization, headquartered in Britain, to intervene on her behalf, Lin said she has received no definitive response.

[…] Miss World should relocate the pageant finals if the visa issue cannot be resolved, Lin said, and is urging supporters to contact the organization to exert pressure. “I think if Miss World threatened to leave China, they would have to give it to me,” she said.

“This is not just about me – it is a matter of principle,” she said. “China is also trying to silence academics and journalists by denying them visas. This has been going on for a long time. […] [Source]

In June, Lin wrote an op-ed for the Washington Post claiming that her father, who still lives in China, had asked her to stop advocating for human rights in China after receiving threats from security agents. An editorial from the Post on November 7 drew attention to Beijing’s efforts to silence overseas critique, and criticized the Miss World Organization for failing to stand up to China:

[Ms. Lin’s case] is emblematic of China’s increasing brazenness in extending its censorship and repression beyond its borders. It’s well known that the Communist Party for the past 10 years and especially under President Xi Jinping has become increasingly aggressive in locking up dissidents and silencing critics at home. What’s less well known is China’s success in stifling debate abroad.

American academics, particularly those who need access to China to conduct research, have to watch their words, because if China disapproves of their views it will not let them in. Inevitably this dampens debate about China in this country, and insidiously — most Americans will never be aware of what they aren’t hearing, and why. China has denied visas to foreign journalists it doesn’t like. Through pressure on advertisers and other means, it has gained increasing control over Chinese-language media overseas, as a Freedom House report documented.

[…] We assumed the Miss World pageant would have the self-respect to insist that the host nation admit every legitimate contestant — or, if not, to move the contest. But when we asked pageant officials in London, we received the kind of pusillanimous response that has become increasingly common as China’s bullying intensifies: “We do not have any control over who is issued a visa,” an official told us in an e-mail. “Although regrettable the event would still continue under these circumstances.”

Perhaps the title could be modified to Miss Kowtow 2015. [Source]

After becoming Miss World Canada, Lin revealed that she was a practitioner of Falun Gong, the spiritual practice that has been banned in mainland China since 1999 and officially labeled a cult. In an August interview with The Guardian, Lin said, “My aim is not to put an anti-China slogan on the stage. After all, it’s a beauty pageant. But I feel that my presence in that country alone would give people hope.”