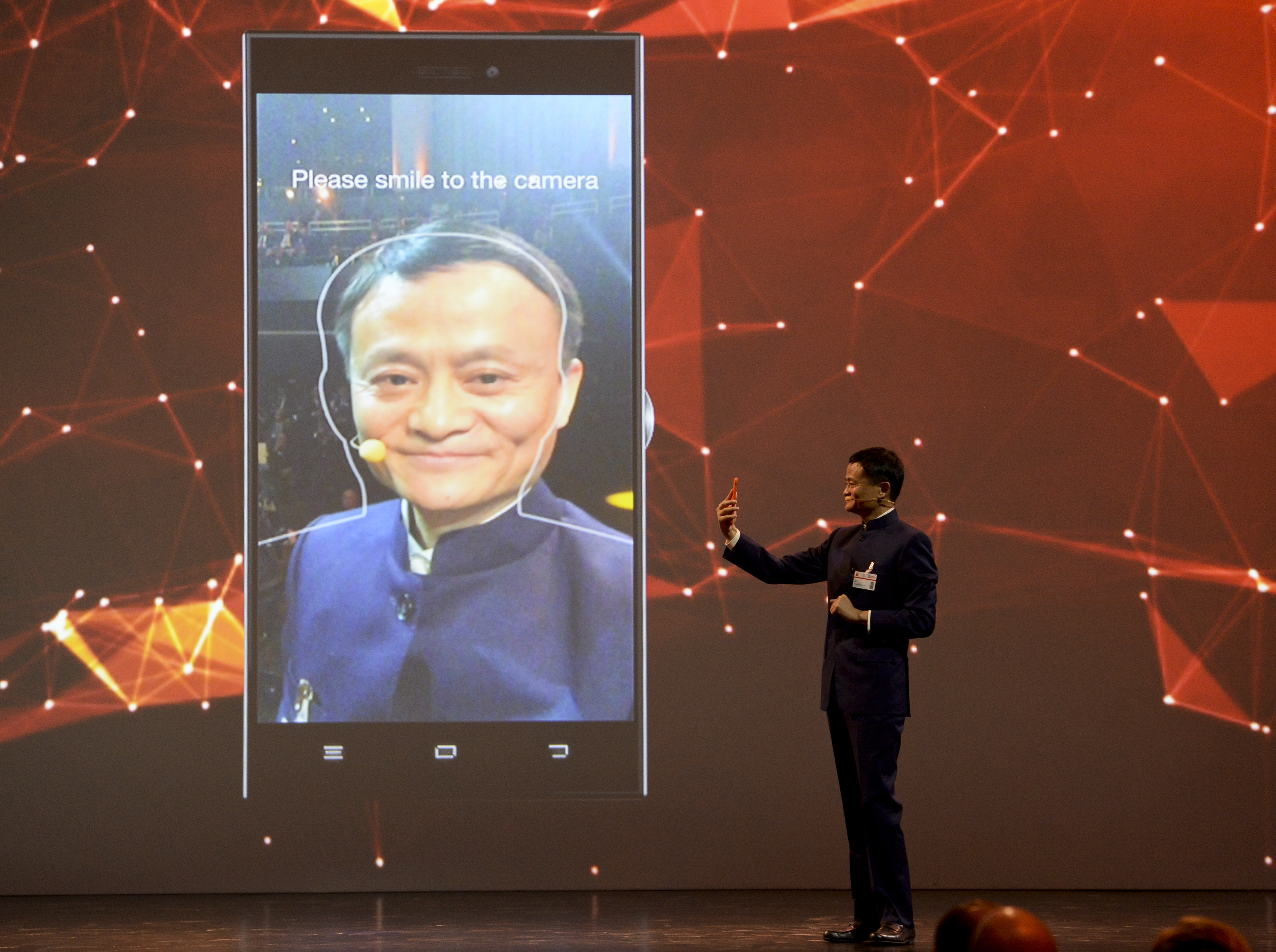 Facial recognition software is becoming ubiquitous in China as private companies partner with the government to use it for behavioral monitoring and as a form of cardless identification. Chinese startups, tech giants, universities, and government-funded research labs have been heavily investing in artificial intelligence research that includes facial and speech recognition. At The Wall Street Journal this week, Josh Chin and Liza Lin highlighted how facial recognition is being used to influence social behavior in China:

Facial-recognition technology is one of the most powerful new tools in the surveillance arsenal. Fueled by advances in artificial intelligence, these systems can measure key aspects of a face, such as distance between the eyes and skin tone, then cross-reference them against huge databases of photographs collected by government agencies and businesses and shared on social media.

China, however, stands apart in harnessing facial recognition as a cudgel to influence behavior. The Chinese Ministry of Public Security—its national police force—and other agencies called in 2015 for the creation of an “omnipresent, completely connected, always on and fully controllable” nationwide video-surveillance network as a public-safety imperative. In a policy statement, the agencies included “facial comparison” in a list of techniques to be used to improve surveillance networks. [Source]

Among the more widely lauded examples of facial recognition tools is the proposed Smile to Pay feature of Alipay, in which a user can simply take a selfie to authenticate a mobile payment. A similar move toward replacing traditional identification cards with facial data includes ride-sharing app Didi Chuxing’s digital scanning of drivers’ faces to confirm that they are the same people with whom users are matched. E-commerce giant JD.com has begun to deliver packages via robots, giving recipients the options of using either QR codes or facial recognition to sign for delivery. On Wednesday, China Southern Airlines began allowing passengers at one Henan airport to use face scans instead of boarding passes.

Use cases that target young people may be of particular concern. These include the installation of cameras with facial recognition capabilities in female college dormitories to ensure that only students access these buildings, and in classrooms to monitor students’ boredom levels. (Ordinary surveillance cameras are also a concern: before parents and students complained about a loss of privacy, they were briefly installed in the boys’ restrooms of a high school in Beijing to allegedly detect if students were smoking or bullying one another.)

On a broader level, the cities of Shenzhen, Jinan, Jiangbei, Suqian, Chongqing, and Fuzhou have implemented facial recognition-equipped cameras meant to shame jaywalkers into breaking the habit. In Jinan, after a jaywalker is identified, their name, age, hukou registration location, state ID number, and headshot are sent to local police, as well as displayed on publicly mounted screens, in newspapers, and online. Other punishments include reporting these transgressions to a jaywalker’s employers and local community, the imposition of small fines, and requiring offenders to briefly work as auxiliary traffic police. Additional government-run services that make use of facial recognition for identification include social credit services such as the Shanghai municipal government-run Honest Shanghai app. The combination of social credit, facial recognition tools, and public shaming of scofflaws is recurrent in Chinese conceptions of future “smart cities” as sites where big data collection can track citizens’ behavior and cut down on crime.

Most discussions of the widespread collection of facial recognition data have been short on considerations of privacy and security risks. Writing in the China Economic Review in 2015, Hudson Lockett identified a central issue that remains unresolved in the development of facial recognition technology in China today, namely that companies collecting sensitive user data have a long way to go to win official confidence:

While regulators’ stated rationale for the requirements is preserving privacy and stemming systemic risk, they often seem more concerned with the latter. Professor Robin Hui Huang, executive director of the Centre for Financial Regulation and Economic Development at the Chinese University of Hong Kong’s Faculty of Law, said China’s central bank didn’t have enough confidence in the online facial recognition technology being pushed by Alipay’s MYbank, and were pushing back for better biometric verification.

“The more verification the better from the regulator’s point of view,” Huang said. Time will tell whether that holds true for the consumers forking over their identifying information, but neither Tencent nor Alibaba wants to wait around to find out. The competition is too fierce to survive standing still.” [Source]