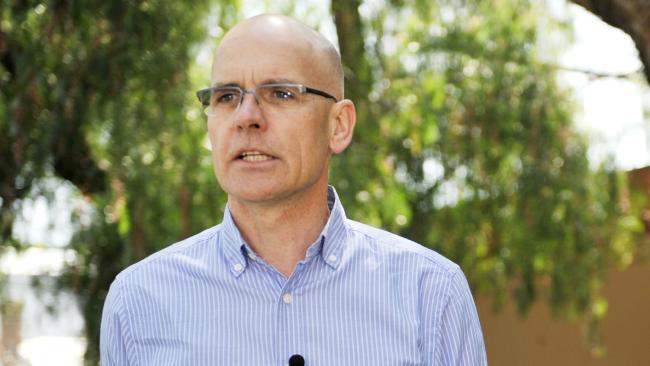 As Western academic publishers contend with attempts to censor their content in China, Australian academic Clive Hamilton recently had the publication of his book canceled in response to fears of legal action from the Chinese government. Andrew Greene reports for Australian Broadcasting Corporation:

“Allen & Unwin said that they were worried about retaliation from Beijing through a number of possible avenues including legal threats, orchestrated by Beijing, and they decided it was too big a risk and so therefore pulled the plug and returned the rights to me,” Professor Hamilton said.

Silent Invasion closely examines the Chinese Communist Party’s activities in Australia, and Professor Hamilton said it had already been significantly edited by lawyers.

[…] The publisher said it was concerned about “potential threats to the book and the company from possible action by Beijing”.

In the email the company explained: “The most serious of these threats was the very high chance of a vexatious defamation action against Allen & Unwin, and possibly against you personally as well.” [Source]

Philip Wen of Reuters has more on the decision:

The email from Gorman, which was reviewed by Reuters, said the scheduled publishing date of April next year “was too soon to publish the book and allow us to adequately guard against potential threats to the book and the company from possible action by Beijing”.

The email cited fears of a “defamation action”.

Allen & Unwin’s statement on Sunday, from Louise Cornege, its head of publicity, did not specify which court cases it was referring to. Gorman did not respond to requests for comment.

Hamilton, an Australian who has previously published eight books with Allen & Unwin, said the “shadow cast by Beijing is enough to make them so nervous about the consequences of publishing criticism of the Communist Party”. [Source]

Hamilton spoke to Nick McKenzie and Richard Baker of the Sydney Morning Herald about the implications of this move by Allen & Unwin and how it is connected to a broader effort by China’s government to influence politics, academia, and the media in Australia:

“I’m not aware of any other instance in Australian history where a foreign power has stopped publication of a book that criticises it,” Dr Hamilton said.

“The reason they’ve decided not to publish this book is the very reason the book needs to be published.”

He was concerned that a perceived and vexatious threat, rather than an actual or justified legal action, had prompted the decision to ditch the book.

[…] While such activity is carried out by other states, elements of Beijing’s influence campaign are clandestine or highly opaque. According to media investigations and warnings from spy agency ASIO, these efforts are targeted at Australian politicians and academics. [Source]

Hamilton has said he became aware of the extent of China’s influence in Australia only while researching his book on the topic, which he has vowed to publish elsewhere. He talked to Melissa Davey of the Guardian:

Hamilton said when Allen & Unwin signed the contract “even I didn’t understand the frightening extent of communist influence in Australia until I was well into researching and writing it”.

“I sat in my office many times throughout the process and said to myself, ‘oh my goodness – not there as well’. So the publisher was made very nervous when it read the manuscript and understood just how extensive and sinister this program of influence actually is. It’s way beyond what I expected and Allen & Unwin are not the bad guys here. The Communist party and its agents in Australia are.”

However, Hamilton was adamant the book would be published in its full form, although he did not say when or how. He described the ordeal as another example of censorship, and free speech being stifled at the hands of the Chinese government. [Source]

The decision by Allen & Unwin comes as Western academic publishers are reckoning with how to handle Chinese government censorship orders of their content. Cambridge University Press came under fire after revealing that it had made more than 300 China Quarterly articles inaccessible within China at the government’s request. CUP quickly reversed its decision. More recently, it was revealed that German publisher Springer, whose journals include Nature and Scientific American, had removed at least 1,000 articles.

In recent years, concerns have also mounted in Australia over perceived heavy-handed efforts by the Chinese government to impose its influence on Australian universities, media, and political processes, especially through the country’s federal-level foreign political donation allowance. In response, Attorney General George Brandis has proposed “foreign agents” laws to protect Australia’s political process from foreign influence. The laws would be aimed at “sub-espionage” efforts to exert influence, such as covert lobbying or donating to political parties on behalf of foreign governments. Brandis has now announced that the government is ready to introduce such legislation. From James Massola at the Sydney Morning Herald:

Confirming on Tuesday the completion of a review into espionage and foreign interference laws, Attorney-General George Brandis on Tuesday said the new laws would include a long-awaited ban on foreign donations and a US-style foreign agents’ register.

The tougher sanctions will tackle covert foreign interference, “a problem of the highest order [that] is getting worse” according to Senator Brandis.

[…] There are growing fears about Chinese Communist Party influence in Australia’s political system. Fairfax Media has confirmed Senator Brandis has received detailed intelligence briefings that suggest Chinese Communist Party-affiliated lobbyists and business people have sought to exert influence in local, state and federal governments, and with ex-politicians in Australia. [Source]

CDT cartoonist Badiucao, who lives in Australia, commented on China’s influence there:

Meanwhile, scholar Anne-Marie Brady has released a policy paper which estimates that New Zealand is two years behind Australia in its efforts to stave off Chinese influence. Brady writes that China’s, “covert, corrupting, and coercive political influence activities” have reached “a critical level” in New Zealand:

China’s political influence activities in New Zealand can be summarised under the following categories:

Some of these activities endanger New Zealand’s national security directly, while others will have a more long-term corrosive effect. The impact of China’s political influence activities on New Zealand democracy has been profound: a curtailing of freedom of speech, religion, and association for the ethnic Chinese community, a silencing of debates on China in the wider public sphere, and a corrupting influence on the political system through the blurring of personal, political and economic interests. Small states such as New Zealand are particularly vulnerable to foreign interference: the media has limited resources and lacks competition; the tertiary education sector is small—and despite the laws on academic freedom—easily intimidated or coopted. But foreign interference (by any state) can only thrive if public opinion in the state being influenced tolerates or condones it. [Source]