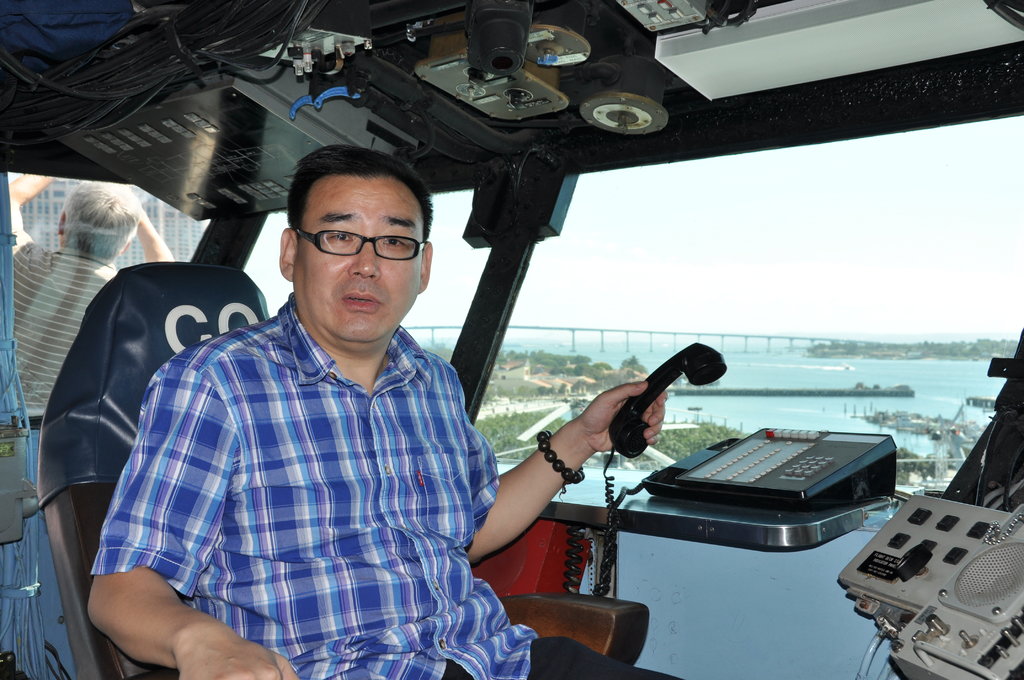 Former Chinese diplomat Yang Hengjun, now an Australian citizen and spy novelist, was detained by Chinese authorities shortly after landing in Guangzhou this week. He is reportedly being held under “residential surveillance at a designated location,” a type of secret detention that allows authorities to hold someone for up to six months without access to a lawyer or family contact. At a regular press briefing in Beijing today, Foreign Ministry spokesperson Hua Chunying said that Yang is being investigated for “engaging in criminal activities that endanger China’s national security.” The novelist was earlier detained by authorities during a 2011 trip to Guangzhou, an experience he has not since detailed publicly. The New York Times’ Damien Cave and Chris Buckley report:

On Wednesday, the Chinese authorities told the Australian Embassy in Beijing that they were holding Mr. Yang, Australia’s Department of Foreign Affairs and Trade said in a statement. “As a matter of priority,” it said, Australian diplomats were “seeking to clarify the nature of this detention and to obtain consular access to him.”

A spokeswoman for China’s Foreign Ministry said she had no information about the case. American officials did not respond to requests for comment.

[…] Mr. Yang, 53, a novelist and commentator who worked for the Chinese foreign ministry before moving to Australia and becoming a citizen in 2000, has spent the past two years with his family in New York, where he works as a visiting scholar at Columbia University.

In his writing, he has been critical of the Chinese government. But in recent years he has eschewed interviews with the news media and avoided outright opposition to the Communist Party. […] [Source]

The Washington Post’s Gerry Shih highlights the current lack of clarity surrounding Yang’s detention, and situates the detention into ongoing diplomatic tensions between China and Australia’s allies the United States and Canada:

The case of Yang, a prominent novelist and former Chinese official who gave up his nationality and immigrated to Australia, could represent a fresh instance of China detaining a citizen of a country allied with the United States amid a globe-spanning standoff.

The detention comes a month after China detained two Canadians, Michael Kovrig and Michael Spavor, in what was seen as retaliation for Canada’s arrest of Meng Wanzhou, chief financial officer of Huawei Technologies, at the behest of the United States. The Justice Department said Tuesday that it would proceed with a formal request to extradite Meng on charges of conspiracy to commit fraud in violation of U.S. sanctions against Iran.

[…] The Australian Department of Foreign Affairs and Trade said Chinese authorities told it Yang is being held in Beijing, without giving additional details. “The department is seeking to clarify the nature of this detention and to obtain consular access to him,” the department said Wednesday.

[…] “My judgment is this is linked directly to the Huawei case,” said [U.S.-based publisher and friend of Yang’s] Feng [Chongyi], referring to the possibility that China is taking a harder line against citizens of countries aligned with the United States. [Source]

Australian defense minister Christopher Pyne has expressed concern over Yang’s situation. At The Guardian, Lisa Martin and Lily Kuo provide further detail on the “residential surveillance at a designated location” form of detention Yang is currently under:

“The Australian government is obviously concerned with the residential surveillance of Mr Yang. He is an Australian citizen, and we are seeking to provide him with consular assistance and support to ensure he is being treated fairly and transparently.”

[…] The form of detention Yang is under is known as “residential surveillance at a designated location”, or RSDL.

“RSDL is so concerning precisely because it institutionalises enforced disappearances and raises the risk of torture, both gross human rights violations and crimes under international law,” said Michael Castor, a human rights advocate focusing on RSDL.

“This likely means Yang Hengjun may face up to six months of secret detention, denied any access to a lawyer, no contact with his family, and at high risk of abuse, and quite likely a forced confession at the end.”

Pyne said Yang had not been allowed consular access and he was unaware whether Yang’s family had been able to communicate him. Pyne said he would press for access to Yang at meeting with his counterpart in Beijing, the minister of national defence, General Wei Fenghe, later on Thursday. [Source]

Meanwhile, New Zealand-based academic and critic of Beijing Anne-Marie Brady, who has written extensively on China’s quiet ramping-up of “United Front” global influence operations under Xi Jinping, has claimed that associated intimidation tactics are now being used against her. This follows earlier reports of burglary and harassment against Brady suspected to have been carried out by Chinese government actors. The Guardian’s Eleanor Ainge Roy reports:

Beginning in late 2017, Brady has had her home burgled and her office broken into twice. Her family car has been tampered with, she has received a threatening letter (“You are the next”) and answered numerous, anonymous phone calls in the middle of the night, despite having an unlisted number. The latest came at 3am on the day her family returned home after a Christmas break. “I’m being watched”, she says.

[…] “I have already protected myself in terms of all my information, and the rest is a mind game. It is meant to scare me… to cause mental illness or inhibit the kinds of things I write on – to silence me,” says Brady, her voice quavering slightly. “So I win by not being afraid.”

Close associates of Brady’s have also been visited by the Ministry of State Security in China.

[…] Brady has studied the Chinese government’s propaganda and intimidation tactics for decades, so there is a level of irony to seeing it in her own life. The watcher has become the watched. [Source]

For a detailed account of Brady’s recent episodes of harassment, see a report from the New Zealand Herald.