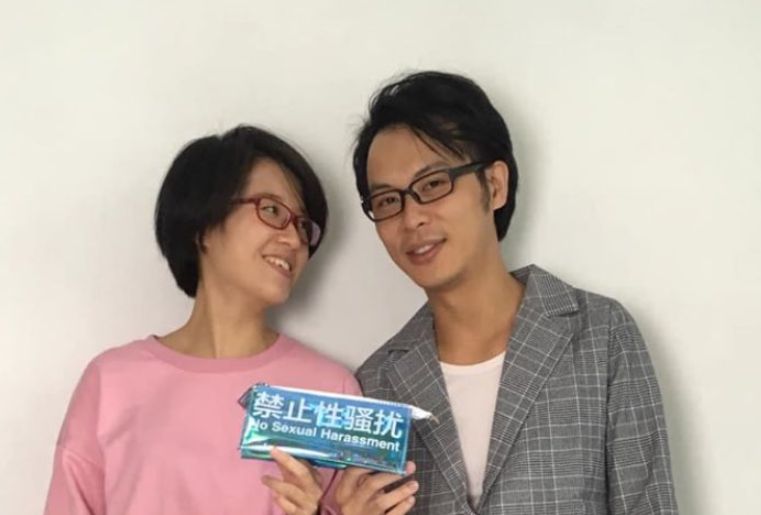 “I and his parents are very worried,” Zheng told AFP over the phone. “I am very afraid that the police will use abusive methods to force him to admit that he did something wrong.”

[…] Citing Wei’s parents, who were present when her husband was detained, Zheng said police told them their son had been “brainwashed” into helping workers and that they were taking him away to “educate” him, without specifying where.

They also searched his parents’ home, where Wei had been staying, and took away his laptop and cellphone, she added.

[…] According to Zheng, her husband had also been in touch with workers from central Hunan province, specifically those suffering from pneumoconiosis, a type of lung disease they contracted while working in Shenzhen due to unsafe working conditions. [Source]

Wei’s colleague Ke Chengbing, who had been with Wei in Hunan supporting the workers, is also believed to have been detained the same night. RFA’s Wen Yuqing reports, also citing Zheng Churan:

Wei’s detention came after he and Ke had supported workers in the central province of Hunan to pursue compensation for pneumoconiosis linked their working conditions.

“They have long been concerned about the living conditions and rights of … migrant workers, and have spoken out on behalf of vulnerable groups with no concern for themselves,” [labor rights website] Weiquanwang’s report said.

[…] “As for Ke Chengbing, I am pretty certain that he has been detained, because the police told Wei’s parents that they were detaining a lot of people that night, and Ke Chengbing has been incommunicado for more than 24 hours now,” she [Zheng Churan] said. [Source]

Since last summer, at least 44 labor activists and student labor supporters have been detained, either with criminal charges or having simply been “disappeared” in a series of roundups. Among them are dozens of students and graduates of elite universities, some violently “kidnapped” from public university campuses by thugs believed to be tied to authorities. Many of those detained in August and November roundups were self-described Marxists–like Yue Xin and Sun Min, both Peking University (PKU) graduates–who had been actively supporting workers in Shenzhen and other social movements such as the #MeToo campaign. At Financial Times, Tom Hancock looks at the contradiction between Beijing’s “selective” promotion of Marxism and its crackdown on Marxist student activism. Zheng Churan, who herself was one of the “Feminist Five” activists criminally detained in 2015, last year wrote an essay honoring her “idol” Sun Min, which CDT has translated in full.