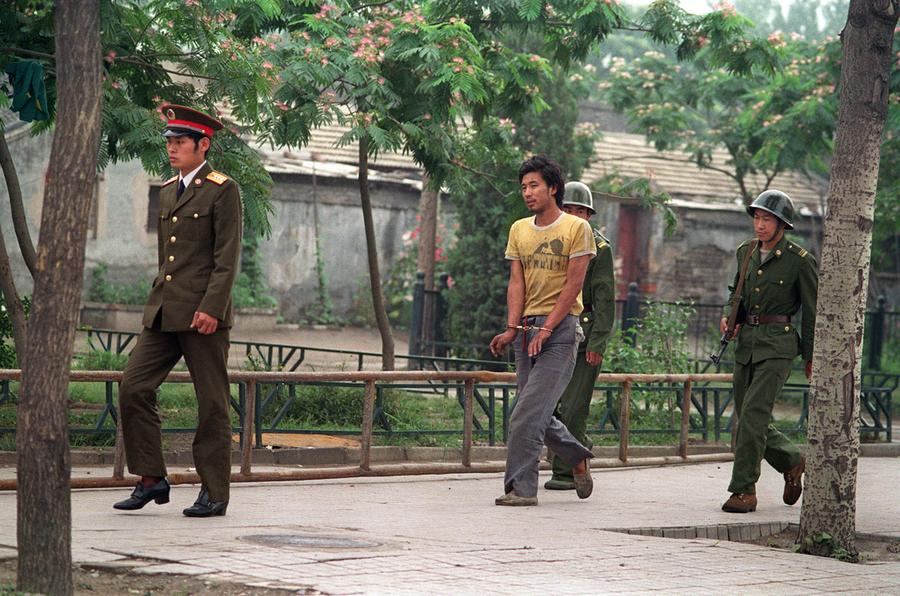 The Government said today that it had arrested 11 workers involved in China’s democracy movement, and official news programs bitterly condemned a copy of the Statue of Liberty that students put up in Tiananmen Square in central Beijing.

The arrests were apparently the first since the democracy movement began in mid-April and were the clearest sign so far of a crackdown against participants in the movement. Since the unrest began, the Government has been sternly announcing crackdowns, only to balk before the actions can be carried out.

The 11 people arrested were leaders of a motorcycle club that played an important role in the recent demonstrations. The official New China News Agency reported that they had been arrested for disturbing the public order. The Beijing Daily News said the club had been disbanded.

The band of several hundred motorcyclists screeching around the city had become one of the most vivid features of recent protests, and the band played an important role in informing the protest headquarters in Tiananmen Square about what was happening in other parts of the city. [Source]

See an AP report from May 31 below: 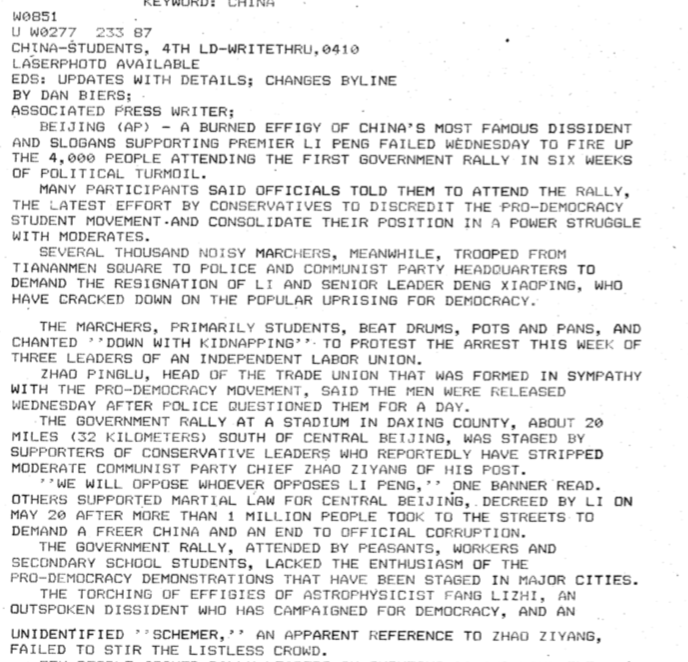 Additional reports from AP in Beijing on May 31 are available here in PDF form.