30 Years Ago: Chaos Among the Leaders 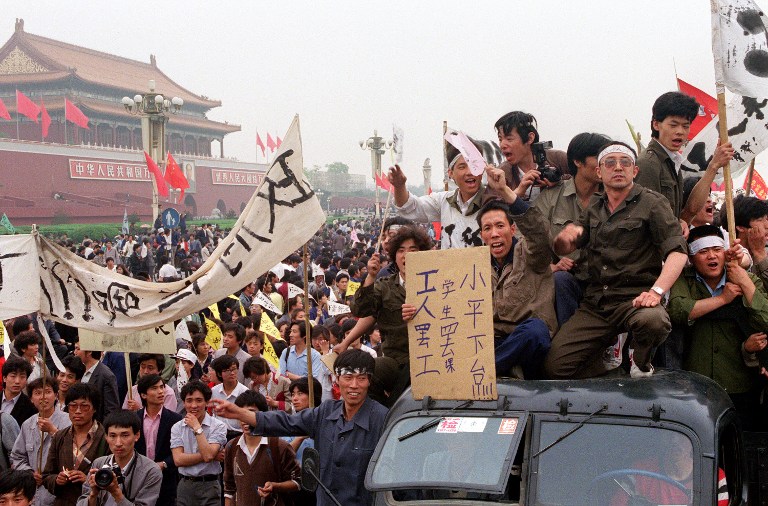 American analysts of China acknowledged today that they had little reliable information about the power struggle unfolding in Beijing. But they said that everything they did know suggests it will be a bitter and protracted fight in which half the leaders on one side or the other may lose their positions.

”It is clear that the whole leadership has come unglued,” said one senior analyst who has followed events in China for years. ”This is a Humpty Dumpty that can’t be put back together again.”

The worst outcome, another analyst said, would be if hard-liners around Prime Minister Li Peng succeed and use the army to put down the pro-democracy demonstrators. ”That could lead to prolonged fighting between students and the army and would undermine everything the Chinese have been trying to do for the past 10 years, scaring off foreign investment, ending the opening to the outside world,” the official said. ”It’s a pretty bleak prospect.’ [Source]

Students march through Beijing carrying placards saying “Li Peng step down” during a demonstration on May 25, 1989.

And from the May 25 Los Angeles Times: “China’s Power Struggle Like a Family Spat; Elders Try to Repair Split.”