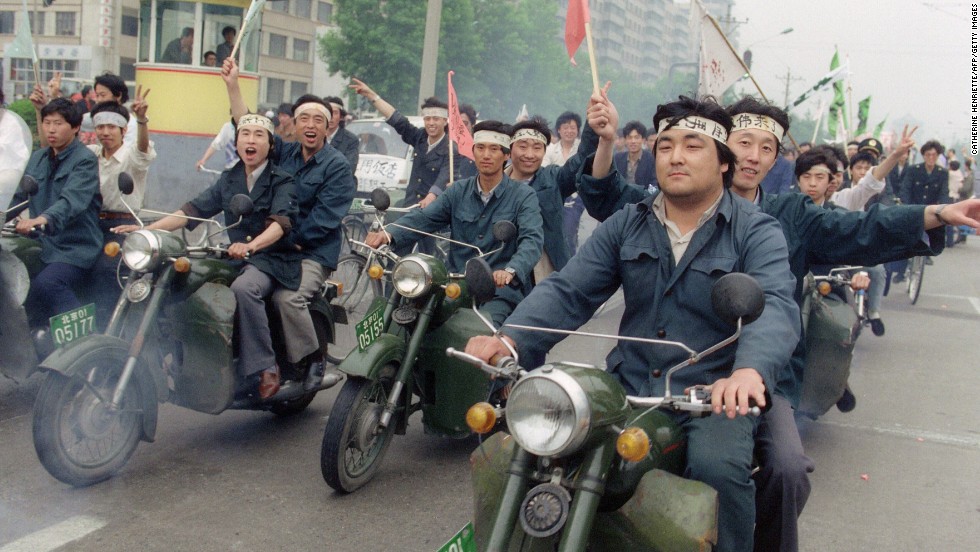 Not only a call for democracy, but also anger over inflation and corruption, seemed to impel the tens of thousands of workers who joined students today in demonstrating in Tiananmen Square in the center of the capital.

So far most of the workers seem bitter enough to be willing to join the students, but not so angry that they will stage demonstrations or strikes of their own.

In interviews today, many of the workers said that while they believed in the students’ cause, they are reluctant to join formally in the march for fear of losing their jobs.

Many workers said their supervisors had warned them not even to watch the demonstration for risk of punishment. But the workers’ dissatisfaction with pocketbook issues, and in some cases the lack of democracy and freedom of the press, carried them into the streets today to shout and shove alongside their junior comrades. [Source]

See also an editorial from the Pittsburgh Post Gazette from the same day and a report from the Washington Post, “Journalists Cheer Students Demonstrating in China“:

As student demonstrators marched toward the center of Beijing today, several hundred Chinese journalists applauded them, shouting, “We want a free press!”

Today’s protest by journalists was the first organized activity in support of the students by other residents of Beijing. Some Chinese have shown their support in more disorganized ways, lining roadways, shouting, clapping and donating money and food to the students. [Source]