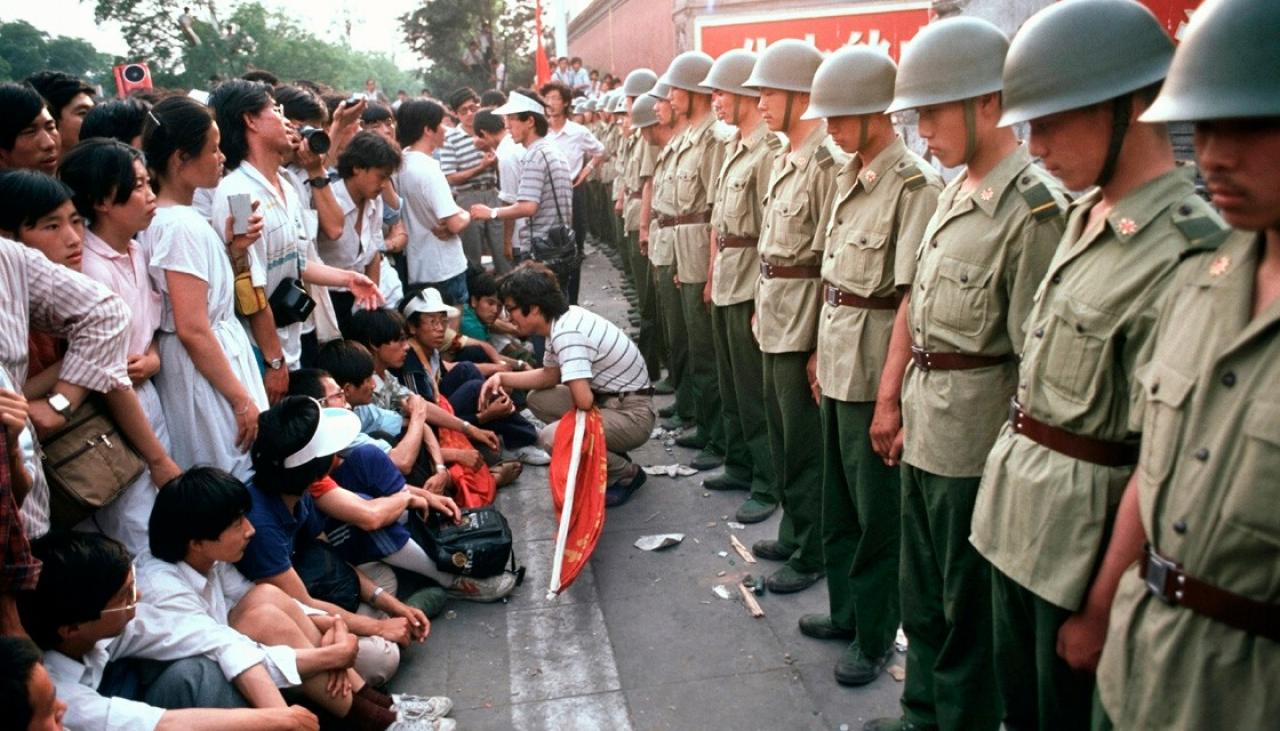 About 2,000 students and workers protested in front of the Public Security Ministry tonight, and three union leaders were released after two days of interrogation.

The release suggested that the Government may be apprehensive about the reaction if it arrests leaders of the democracy movement. The three, who are leaders of a newly formed labor union in the capital, were detained Monday night.

It was principally concern over their fate that prompted demonstrations Tuesday and again Wednesday in front of the Public Security Ministry, tying up traffic on the Avenue of Eternal Peace, a major street.

As word spread among today’s demonstrators that the three had been freed, they changed the purpose of the protest to demand the release of 11 other workers whom the Government acknowledged on Tuesday that it had arrested. All 11 own motorcycles and had been part of a band of several hundred motorcyclists who joined student demonstrators over the last 10 days. [Source]

Also from the Los Angeles Times, “China’s leadership sponsors own rally” and “Students in Tiananmen Square Weighing Decision to Go or Stay”