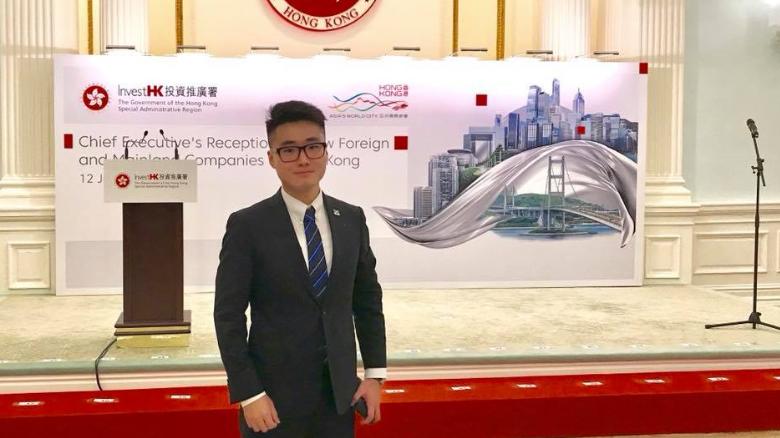 Simon Cheng, a 28-year-old employee at the U.K. consulate in Hong Kong, has been confirmed detained in Shenzhen. Cheng was traveling for a meeting in the mainland and failed to return on August 8, when his girlfriend reported him missing and the Hong Kong police launched a “missing person” investigation. Bloomberg News reports on the confirmation of Cheng’s detention, and the political context surrounding it as mass protests over suspended extradition rules and authorities’ response to initial demonstrations continue in Hong Kong:

China’s foreign ministry said Wednesday that the consulate worker, Simon Cheng, 28, was being held under in administrative detention in the adjacent city of Shenzhen on allegations of violating local laws. While the U.K. has expressed concern over Cheng’s detention and offered him consular support, Chinese Foreign Ministry spokesman Geng Shuang described the case as a domestic matter and warned London against meddling in its former colony.

The case adds a new layer of diplomatic tension to Hong Kong’s political crisis, which has seen China sparring with the U.S. and the U.K. over their defense of the pro-democracy protests rocking the city for more than two months. Activists seized on Cheng’s detention as an example of the kind of opaque justice people were afraid of when hundreds of thousands of people began protesting now-suspended legislation that would’ve allowed extraditions to mainland China.

“The timing of this is very unfortunate because in some ways it plays up, fairly or not, a lot of the fears people have about the mainland justice system,” said Kevin Yam, a political commentator and member of Hong Kong’s pro-democracy Progressive Lawyers Group. “Beyond that, I think it’s hard to comment at this stage, because we don’t know what the details are.”

[…] Cheng is being held under China’s Public Security Administration Punishment Law, a broad statute that lets police jail individuals without trial for up to 15 days for a wide range of relatively minor violations, including disrupting public order. The process doesn’t trigger an agreement requiring mainland authorities to notify when Hong Kong residents are detained, the city’s police force said. [Source]

Just ahead of the confirmation of Cheng’s detention, Hong Kong protesters held a “Save Simon Cheng” rally in the city on Wednesday. Coverage from the Associated Press relays official Chinese statements on the detention, and reports on the Wednesday rally:

“The relevant employee is a Hong Kong resident, not a British citizen,” Chinese Foreign Ministry spokesman Geng Shuang said at a daily briefing. “In other words, he is Chinese. This is purely the internal affairs of China.”

Geng said the man violated regulations on “punishments in public order and security administration,” but gave no further details, adding that his case is “not a diplomatic issue.”

About two dozen people gathered Wednesday outside the British consulate in Hong Kong to demand the U.K. government step up efforts to secure the release of Simon Cheng Man-kit, a trade and investment officer at the consulate.

“Save Simon now!” the crowd chanted in front of a wall of missing person posters with pictures of Cheng. [Source]

CNN’s Julia Hollingsworth and Ezra Cheung report on reactions to the detention from Cheng’s girlfriend, Annie Li, and from his family:

Cheng messaged Li on the night of August 8, just before he was about to go cross the border into Hong Kong, Li told CNN. She has not heard from him since.

“Simon has signed a contract with the British government,” she told CNN. “If he hadn’t been given that assignment, he wouldn’t have needed to go to Shenzhen. Britain must take the responsibility in rescuing Simon.”

[…] On August 9, the family contacted Hong Kong Police and the Immigration Department, and were told they could travel to mainland China themselves to report the missing person case to authorities there, the statement said. On August 10, the Immigration Department told the family Cheng had been “administratively detained,” but that they had no information on why, where, and for how long he would be detained.

The family said they had not received any notice of administrative detention, which is supposed to be sent out within 24 hours of a person’s detention. “We simply have never received any documentation confirming that Simon has been formally detained by the authorities,” the statement said.

“We feel very helpless, and are worried sick about Simon,” the family said. “We hope that Simon can return to Hong Kong as soon as possible.” [Source]

At his blog, Chinese legal expert Jerome A. Cohen clarifies confusion in coverage of Cheng’s detention by describing the background of “administrative detention,” ending with hope that Cheng is soon released:

The Guardian story seems to be understandably confused by the use of the term “administrative detention” (AD) to characterize this deprivation of freedom and its possible link to “national security”. AD traditionally has referred to detention, now for a maximum of 15 days for each suspected offense, in accordance with China’s Security Administration Punishment Law. That law, the origins of which go back to the Anti-Rightist Campaign of 1957-58, allows the police to detain and punish anyone for a very broad range of possible offenses that are considered too minor to be deemed “crimes”. Police often resort to it as a preliminary processing device that allows them to interrogate and investigate a suspect for up to a couple of weeks before deciding whether to release the person or whether further steps may be necessary, usually prosecuting the suspect for a crime.

If they decide on the latter, they may choose to bring the prosecution under the usual criminal process or under the special provisions for prosecuting certain cases, often suspected of violating “national security”. If they choose the latter, the suspect can be transferred to “residential surveillance at a designated location” (the now notorious RSDL), under which the Criminal Procedure Law permits the police to hold someone incommunicado for up to six months before deciding whether to process the case further as a regular criminal case. In either case this further detention should be called “criminal detention” rather than AD.

[…]Chinese employees of foreign governments are especially vulnerable to suspicions of serving as foreign espionage agents since in practice the PRC applies a very broad and flexible definition of “espionage”, and it only takes a mere suspicion of such conduct to justify in PRC law a criminal detention of up to 6 months in RSDL before the regular criminal procedures (themselves deficient) come into place.

Let’s hope that this case is genuinely AD at this point, and that the detained person will be released today. AD detention itself is generally very unpleasant, even if often coercive interrogation techniques are not applied, since cells are crowded, conditions “basic” and the many companions not those one might choose. [Source]

The detention heightens fears about the safety of diplomatic staff stationed in China, an issue of recent concern following the case of Michael Kovrig, a Hong Kong-based security analyst on leave from the Canadian foreign services, detained last December on suspicion of endangering national security.