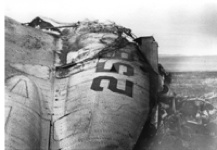 An investigation by Mongolia into the 1971 plane crash that killed Lin Biao, China’s No. 2 leader at the time, concluded that the cause was unlikely to have been a lack of fuel as China says, records obtained by Kyodo News show.

Meanwhile, a Mongolian source knowledgeable about the investigation told Kyodo that the team of investigators had concluded that a struggle had probably taken place on board as Lin tried to flee to the Soviet Union after the failure of his attempted coup.

The unreleased 16-page report, titled “The final document concerning the reason for the crash of a Chinese plane in Mongolia,” is dated Nov. 20, 1971. It was obtained by Kyodo together with pictures of the plane crash site, which have also never been made public. [Full Text]