This group of photos has spread online in China recently. Many people posted comments like these:
“Chinese should blush.”
“I am not saying that I worship the West, but the behavior of some Chinese are shameful.”
“If this happens during 2008 Olympic Games in Beijing, we’re gonna lose face.”
“It is sad that we need foreigners to supervise our traffic!”…

A foreigner signaling a driver to merge into another lane as she was on the bike lane. 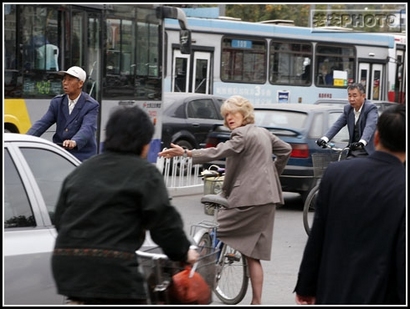 The diver not listenning, neither the passers-by. 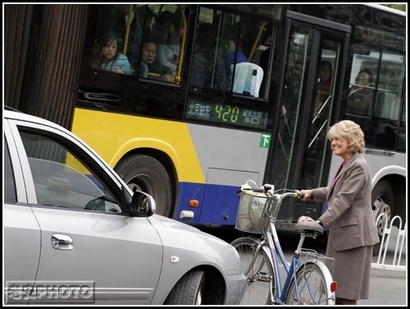 She insists her lane, but the driver walks up to her and pushed her bike aside. 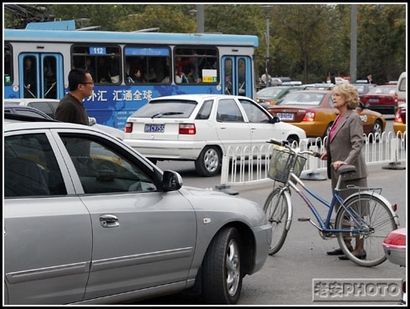 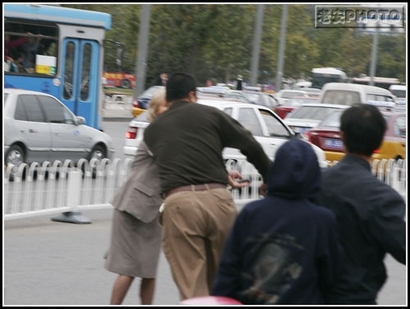 The driver eventually drives through the bike lane. The foreigner stands aside and is helpless. 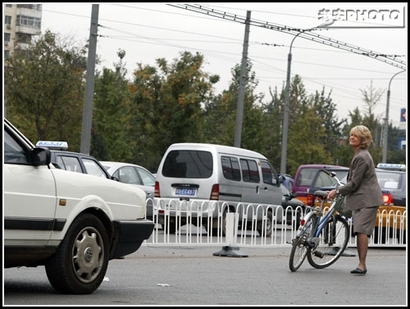 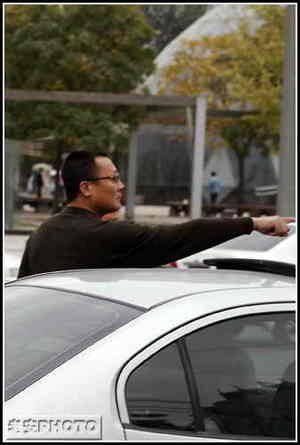