India-China ties at a crossroads 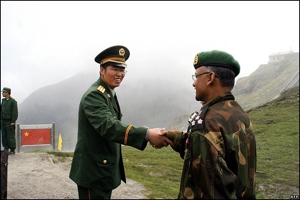 When Hu Jintao arrives in India on Monday it will mark the start of the first visit here by a Chinese president in a decade.

It’s a measure of how relations between the two Asian giants have been captive to years of mistrust, mutual suspicion and rivalry.

But a growing trade relationship between two of the world’s fastest growing economies is challenging traditional mindsets and is encouraging vastly improved ties.

Trade between the two countries is expected to touch $20bn by next year – in the 1990s it hovered around the $250m mark. [Full Text]