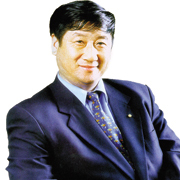 A tycoon who heads China’s largest private oil group has been detained on suspicion of embezzling 1 billion yuan ($127.9 million) in private and government funds, media reported on Tuesday.

Gong Jialong, chairman of the Tianfa Group, owner of listed Tianfa Petroleum Co. Ltd. and head of the two-year-old China Chamber of Commerce for Petroleum Industry, was detained on Dec. 21, the Beijing News said.

The 52-year-old truck driver-turned-businessman from the central province of Hubei created China’s first association of private oil distriubtors to help them voice their rights and gain a foothold in the country’s rigidly state-dominated oil sector.[Full Text]