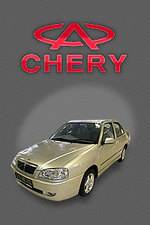 From Xinhua via China Daily:

Customs statistics show that China’s vehicle exports surged 120 percent from 78,000 units in 2004 to 173,000 units in 2005, with export volume hitting 1.58 billion U.S. dollars. “China is aiming to lift the value of its vehicle and auto parts exports to 120 billion U.S. dollars, or 10 percent of the world’s total vehicle trading volume in the next 10 years,” said Vice-Minister of Commerce Wei Jianguo.

According to analysts, China was expected to produce and sell more than seven million units in 2006 and overtake Germany to become the world’s third largest automobile producer. [Full Text]