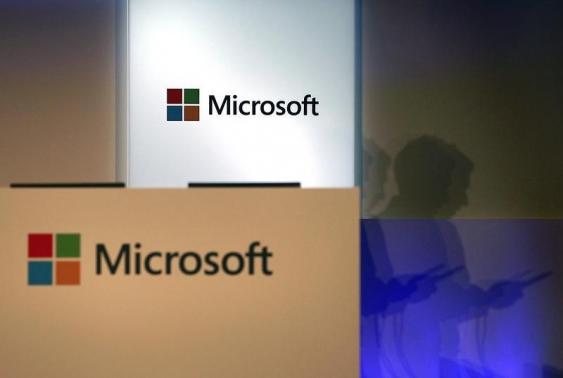 Chinese regulators have launched a new series of anti-trust investigations into foreign automakers and technology companies. In the past several weeks, state investigators have raided the China offices of Audi, Chrysler, Microsoft, and Accenture for suspected monopolistic practices. Colum Murphy and Eva Dou at The Wall Street Journal report:

Chinese antitrust regulators are intensifying pressure on foreign technology and auto companies in separate moves that experts say show Beijing’s desire to give Chinese companies greater heft in their dealings with foreign firms.

Regulators from the State Administration for Industry and Commerce said they conducted surprise inspections Wednesday of Microsoft Corp.’s China offices in regard to suspected monopolistic practices. They said they were seeking executives who weren’t in their offices when they raided the software company’s offices last week, also over suspected monopolistic activities.

[…] SAIC officials also said they are investigating Accenture’s ACN +1.77% offices in the northeastern Chinese city of Dalian because the consulting firm was doing outsourced financial-services work for Microsoft.

[…] Separately, a second Chinese antitrust agency said Wednesday that it would punish Audi AG and Fiat Chrysler Automobiles NV’s Chrysler arm after an investigation found the two car makers had pursued monopolistic practices, in Hubei province and Shanghai respectively. Under China’s antimonopoly law, the companies could face fines of as much as 10% of their sales from the preceding year. [Source]

The Microsoft investigations came amidst Chinese state efforts to curb foreign antivirus softwares in response to growing cyber surveillance concerns. Reuters reports that several Microsoft products, including OneDrive and Windows 8, have come under the scrutiny of the Chinese state in recent months:

Microsoft has been suspected of violating China’s anti-monopoly law since June last year in relation to problems with compatibility, bundling and document authentication for its Windows operating system and Microsoft Office software, the SAIC said last week.

[…] Microsoft Deputy General Counsel Mary Snapp was in Beijing to meet with the SAIC on Monday, where the regulator warned Microsoft to not obstruct the probe.

But industry experts have questioned how exactly Microsoft is violating anti-trust regulations in China, where the size of its business is negligible.

The U.S. company has taken a public beating in China in recent months. It has been subject to wider scrutiny against U.S. technology firms in China in the wake of former U.S. National Security Agency contractor Edward Snowden’s cyber espionage revelations.

It has also seen its OneDrive cloud storage service disrupted in China, and had its latest Windows 8 operating system banned from being installed on the central government’s new computers. [Source]

The recent spate of anti-monopoly investigations targeting foreign multinationals signal the start of increasingly rigorous regulatory efforts that aim to greatly strengthen the enforcement of anti-monopoly laws passed in 2008. The Financial Times reports:

The last eighteen months has seen more anti-trust activity by China’s regulatory bodies than in the previous four years since anti-monopoly laws were introduced in August 2008.

“Last year was a milestone in the development of anti-monopoly law,” says Zhou Zhaofeng, a counsellor specialising in anti-monopoly law at Taylor Wessing. “But this year will be even greater.”

[…] These raids are “just the start,” according to Zhou. “In order to carry-out these sorts of investigations you need to be very skilled and have the staff on the ground. NDRC used to have two or three anti-monopoly staff, now they have more than forty.” [Source]

In the wake of intensified anti-trust activities, speculation has arisen that the recent investigations may be politically-motivated strategies that are a part of a broader protectionist move ushered in by the Xi administration. Matthew Miller at Reuters reports:

“Critical observers have suggested that this gives the appearance that the AML is being used to discipline new entrants to the China market.” The AML is the anti-monopoly law.

In April, the U.S. Chamber of Commerce sent a private letter to Secretary of State John Kerry and Treasury Secretary Jacob Lew urging Washington to get tough with Beijing since enforcement of the anti-monopoly law was being used to pursue “China’s industrial policy goals”.

“It has become increasingly clear that the Chinese government has seized on using the AML to promote Chinese producer welfare and to advance industrial policies that nurture domestic enterprises, rather than the internationally accepted norm of using competition law to protect consumer welfare and competition,” the letter said. [Source]

Meanwhile, some analysts believe that the anti-monopoly investigations led by the National Development and Reform Commission “has more to do with institutional infighting and internal political turf wars than a master plan to exclude foreign investors from the country.” Jamil Anderlini at The Financial Times reports:

One of the biggest institutional losers in the administrative reforms introduced by Mr Xi when he took office has been the NDRC, which was previously regarded as the most powerful of all China’s bureaucracies.

The agency’s licensing, planning and approval powers have been significantly curtailed since Mr Xi took power and its standing within the government has plummeted, along with its ability to seek rents and procure bribes.

“As the current administrative reforms deepen, the NDRC fears it might lose the power to carry out anti-monopoly investigations so it is pushing these high-profile investigations of foreign companies,” says Liu Xu, a researcher at the intellectual property and competition law research centre of Tongji University in Shanghai.

[…] In this context, foreign companies are easier and more effective scapegoats since they usually do not have Communist Party elders to protect them and punishing them can have a powerful deterrent effect on entire sectors. [Source]