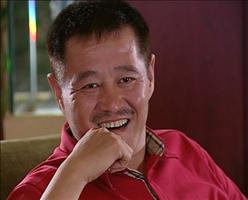 Get it? Neither do they.

In recent days, cyber-pundits in Guangdong province have ganged up (zhadui(r)) and picked a fight (jiaoban) with local papers who they say are jerking them around (huyou) with a preponderance of northern lingo. At issue is an influx of modish expressions such as the aforementioned. The most radical of the “Guangzai”, or Guangdongers, charge that the popular northern argot represents an invasion upon Cantonese culture; they have called on provincial media to conduct a protectionist campaign of idiomatic cleansing. Other sympathizers simply perceive a double standard, since state media outlets are trained to print predominately formal Chinese and speak the official Putonghua (standard Mandarin) and meanwhile, eschew local dialects like Cantonese. The Guangzhou tabloid New Express ran a story about the online fuss on Friday. That has ignited a backlash on Chinese portals. The ensuing debate highlights regional rivalries, cultural pride and the resurgence of local patois in the nation’s media in recent years.

The opening salvo in the debate came from a young Guangzhou man writing under the Web handle Wei Ni Zai, or Winnie Pooh, in a post on a Guangdong Television web forum. It was riddled, fittingly, with enough Cantonese vernacular quirks to seriously aggravate the average northern reader. Roughly translated:

“Open any newspaper in Guangzhou right now and it’s one big pile after another of northern dialect, wherever you look! The government teaches us it’s not good to speak Cantonese, yet all the newspapers make a big production of speaking northern colloquialisms (ÂúüËØù)! Why? How can it be so unfair?”

The answer is simple, Winnie Pooh observes: just look at the demographics of Guangzhou’s newsrooms.

After rattling off a couple of examples, Winnie Pooh concluded:

“I’m really alarmed that all the big media in Guangzhou will be swallowed up step by step, at which time us people of Guangzhou will have to know how to read northern colloquialisms and forget Guangzhou dialect! Aye, my heart’s like still water. My heart’s even colder that the cold air outside!

I’ll live as a Guangzhou person and die a Guangzhou spirit. If I have to speak “Bao dong gua” (ÁÖ≤ÂÜ¨Áìú – Putonghua), it’ll be over my dead body!

When Guangzhou people speak, we must speak Guangzhou dialect. When we eat and drink, we must go to Guangzhou restaurants. When we buy clothes and other goods, we must help out Guangdong Baihuo. When we ride, we must ride in Guangjun Automobile vehicles.”

Among nearly 100 respondents to Winnie Pooh’s post on the local Guangzhou TV site, 64 percent were supportive, while 25 percent thought he went too far. But on Sohu.com’s own nationwide surveys, not surprisingly, public opinion flip-flopped. Only 22 percent backed Winnie Pooh and the cause of protectionism in one snap poll; 72 percent voted it “narrow-minded” and “exclusionist”. And on Sohu’s “PK” forum, as of Sunday evening Beijing time, over three of every four of the more than 14,000 respondents were similarly disapproving. Sohu infused the debate with local characteristics, publishing the majority’s rants in simplified Chinese characters. Those defending the Guangdongers appeared in complex form characteristic of the Canton region.

The significance of the whole debate is skewed, and hence mitigated perhaps, by the fact much of northern lingo rides on mainstream Mandarin and is far more broadly understood.

Still, the war of words has spiraled far beyond the core market issue – a seeming disconnect between some local papers and their readership. It has put into play the regional and socio-economic baggage felt in country’s heterogeneous cities, and indicates the extent to which the forces commercialism and migration in the media trade have twisted the tongues of erstwhile mouthpieces. It’s also proof-positive of how in the past decade, pop culture from the north has turned the tables on Cantopop. Bye-bye Teresa Teng, “Hua Zai” and Faye Wong. Hello Xue Cun, Zhao Benshan and Guo Degang. Commentators on both sides of the aisle blamed CCTV for the hullabaloo.

Sohu did not ask respondents where they hailed from, though many volunteered the info in their comments.

Wrote one self-described “northerner” against Winnie:

“What’s with Guangdong? Guangdong is also part of China. Surely it doesn’t mean that it wants to be independent. Fuck! You Guangdongers are really full of yourselves. You’d be better off honestly studying the Putonghua upon which northern dialect is based. You Guangdongers also have to go elsewhere to work, live, study, travel and so on. But you cannot only speak Cantonese. Among people elsewhere, who understands your pigeon language? Moreover, the whole country is now promoting the building of a harmonious society. Surely your Guangdong is no exception!

Lined up on Winnie’s side, a Han native of Xinjiang working in Guangdong tried to make peace:

“I’m the posterity of a volunteer youth from Xinjiang! I support you! Because there is certain shlocky northern lingo that I myself can’t read! People nationwide should learn standard Putonghua! Of course, I also hope that Guangdong friends would unite a bit with baihua [modern Chinese vernacular, usually in written form]! Here in Dongguan, how come I cannot understand the baihua? Northern friends also mustn’t grumble that others are discriminating against you. There are certainly a lot of northerners who have stolen down here. But there is also no small number of northerners down here who have been robbed as well! I heard it said that a few years ago, the police forces were not enough! Even if you dialed “110”, there was a chance the line would be busy! The moment I said I was from Xinjiang, I could scare other people half to death! But as time passes people learn that whoever is bitten by a snake will put up his guard for a few years! Don’t complain about others who discriminate against you! The key is that one not discriminate against oneself. Take the straight path, and others will see you the same way.”