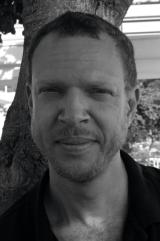 New York Times features writer and amateur photographer Howard French holds forth in one of the most voluminous editions of the Chinacast Foreign Correspondents Series so far. Based in Shanghai, French covers a wide swathe of China through a staggering variety of lenses”the Internet, business, demographics and social dislocation, mass incidents and marginal politics. He’s been a foreign reporter for the New York Times since 1990, with previous postings in West Africa, Latin America, and the Caribbean. Before coming to China, he was the newspaper’s man in Tokyo. He talks to us about the shock his first dining experience in China, drowning in the abundance of China stories, and whether or not he’ll be able to cope with ayi withdrawal once he goes back to the US.

Listen to the interview here.

See some of French’s recent work for the New York Times and his blog, A Glimpse of the World, with links to his photos of Shanghai’s dying old neighborhoods.

CDT ChinaCast is a podcast series of short and informal conversations with journalists, business people, artists and others doing interesting work in China. For the initial series, China Digital Times bloggers will interview foreign correspondents about their lives and work. The interviews do not aspire to find solutions to the many contradictions and challenges facing China in the 21st century – rather, we hope to offer a personal look at day-to-day life in one of the most complex and dynamic countries on earth. How do foreign reporters go about the business of covering China? What are some of the most unusual stories that have come out of the country in recent years? And what do expat journalists living in Beijing or Shanghai do for fun?

– To subscribe to our podcasts, see our Podcast page.